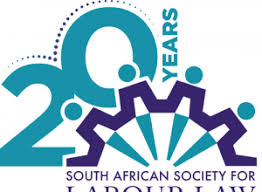 This year, The South African Society for Labour Law (SASLAW) celebrates its 20th anniversary. We look back at the society’s illustrious history and the significant impact it has had in the labour law community in South Africa.

The South African Society for Labour Law (SASLAW) was established in June 1997 with the humble purpose – as SASLAW National President Shamima Gaibie says – of bringing people interested in labour law together.

Since then, the stature of the organisation has grown as has its aim of developing labour law both as a profession and an academic discipline. To accomplish this, SASLAW has four areas of activity: membership benefits, seminars and workshops, an annual conference and the Pro bono project.

At the forefront of SASLAW’s strategy is developing and promoting the labour law profession. The society accomplishes this through regular seminars that are addressed by labour law experts and cover pertinent topics such “Monitoring employees’ electronic communications – The diminished right to privacy” as well as “Privacy and Social Media”.

The highlight of SASLAW’s annual calendar is the annual conference which takes place in the fourth quarter of every year. This year, to mark the society’s 20th anniversary, the SASLAW 20th Annual Conference will take place at Sun City in tandem with the first African Labour Law Society Conference. The African Labour Law Society (ALLS) was established in 2016 to promote the labour law discipline as well as share labour law knowledge in Africa.

The conferences will run from 7 – 9 September 2017, with the ALLS conference beginning proceedings on the seventh and the SASLAW conference taking place on the remaining two days. SASLAW is honoured to advise that Prof Sandra Fredman, FBA QC, Director at the Oxford Human Rights Hub, United Kingdom, Judge Raymond Zondo of the Constitutional Court of South Africa and Professor Dr Manfred Weiss, Goethe University, Frankfurt, Germany will be the three Key note speakers.

In 2013, a decision was taken at National Level in SASLAW to develop the SASLAW Young Scholars society to generate innovative thinking on labour law issues among the younger generation of labour law practitioners. The YSS has been actively involved in spreading the SASLAW message both locally, with a number of events at a variety of tertiary institutions that offer legal studies, as well as internationally.

The SASLAW Pro Bono NPC project at the South African Labour Courts serves to deliver a quality advisory service and defined Labour Law legal services to those who otherwise do not have access to justice. The project provides legal services to those who are unable to afford legal counsel has met a very definite need within the community. To date, the programme has serviced over 17 000 clients and the number keeps growing.

Year on year, SASLAW becomes stronger thanks to the number of members who are involved in all aspects of Labour Law who join the society. SASLAW is only as strong as their loyal members and dedicated committees and a vote of thanks goes to them for their support throughout the years. The society looks forward to seeing what the next 20 years will hold and how these will enable them to influence the South African labour law community further.

Click here to register for the conference. Or email Clare for additional information or questions at clare@saslaw.org.za.