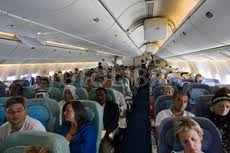 A White Lawyer and an Indian guy are sitting next to each other on a long flight. The white lawyer is thinking that Indians are so dumb that he could get one over on them easy…

So the white lawyer asks if the Indian guy would like to play a fun game.

The Indian guy is tired and just wants to take a nap, so he politely declines and tries to catch a few winks. The white lawyer persists, and says that the game is really, really a lot of fun.

This catches the Indian’s attention and to keep the lawyer quiet, he agrees to play the game.

The white lawyer asks the first question. ‘What’s the distance from the Earth to the Moon?’

The Indian guy doesn’t say a word, reaches in his pocket, pulls out a five-rand coin, and hands it to the white lawyer.

Now, it’s the Indian’s turn. He asks the white lawyer, ‘what goes up a hill with three legs, and comes down with four?’

The white lawyer uses his laptop and searches all references he could find on the Net. He sends e-mails to all the smart friends he knows, all to no avail. After one hour of searching he finally gives up.

He wakes up the Indian guy and hands him R500. The Indian pockets the R500 and goes right back to sleep.

The white lawyer is going nuts not knowing the answer. He wakes the Indian guy up and asks, ‘Well, so what goes up a hill with three legs and comes down with four?’

The Indian guy reaches in his pocket, hands the white lawyer R5 and goes back to sleep.