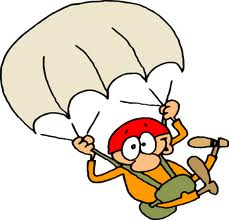 An airplane was about to crash; there were 5 passengers on board but only 4 parachutes.

The first passenger said, ‘I’m Christiano, the world’s number 1 footballer. FIFA needs me, I can’t afford to die.’
So he took the first pack and left the plane.

The second passenger, Hillary, said, ‘I am the wife of the former President of the United States, I am the most ambitious woman
in the world. I am also New York Senator and a  potential future President.’
She just took the 2nd parachute and  jumped out of the plane.

The third passenger, Julius, said, ‘I’m also a President. Millions of South African youth always look to me for guidance.
Above all I’m the cleverest youth President in African history and Africa’s people won’t let me die. Futhermore, I have millions that I have not spent yet.’
So he put on a pack next to him and jumped out of the plane.

The fourth passenger, Nelson, says to the fifth passenger, a 10 year old Chinese school boy,  ‘I’m old and have lived a fruitful life, God will decide my fate, so I’ll let you have the last parachute’.

The boy said, ‘It’s OK, there’s a parachute left for you. Julius took my schoolbag.’