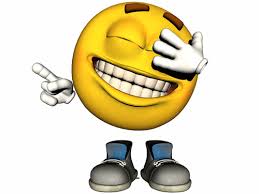 A crusty old Sergeant Major found himself at a gala event, hosted by a local liberal arts college. There was no shortage of extremely young, idealistic ladies in attendance, one of whom approached the Sergeant Major for conversation.

She said, “Excuse me, Sergeant Major, but you seem to be a very serious man.

Is something bothering you?”

The young lady looked at his awards and decorations and said, “It looks like you have seen a lot of action.”

The Sergeant Major’s short reply was, “Yes, ma’am, a lot of action.”

The young lady, tiring of trying to start up a conversation, said, “You know, you should lighten up a little.

Relax and enjoy yourself.”

The Sergeant Major just stared at her in his serious manner.

Finally the young lady said, “You know, I hope you don’t take this the wrong way, but when is the last time you had sex?”

She said, “Well, there you are.

You really need to chill out and quit taking everything so seriously!

Isn’t that a little extreme?”

The Sergeant Major, glancing at his watch, said in his matter-of-fact voice, “You think so?

I LOVE THAT MILITARY TIME!!