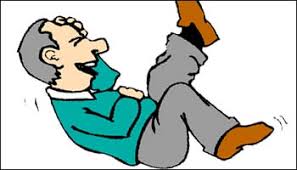 An elderly spinster called the lawyer’s office and told the receptionist she wanted to see the lawyer about having a will prepared. The receptionist suggested they set up an appointment for a convenient time for the spinster to come into the office.

The woman replied, “You must understand, I’ve lived alone all my life, I rarely see anyone, and I don’t like to go out. Would it be possible for the lawyer to come to my house?”

The receptionist checked with the attorney who agreed and he went to the spinster’s home for the meeting to discuss her estate and the will. The lawyer’s first question was, “Would you please tell me what you have in assets and how you’d like them to be distributed under your will?”

She replied, “Besides the furniture and accessories you see here, I have $400,000 in my savings account at the bank.”

The spinster said, “Well, as I’ve told you, I’ve lived a reclusive life, people have hardly ever noticed me, so I’d like them to notice when I pass on. I’d like to provide $350,000 for my funeral.”

The lawyer remarked, “Well, for $350,000 you will be able to have a funeral that will certainly be noticed and will leave a lasting impression on anyone who may not have taken much note of you! But tell me,” he continued, “what would you like to do with the remaining $50,000?”

The spinster replied, “As you know, I’ve never married, I’ve lived alone almost my entire life, and in fact I’ve never slept with a man. Before I die, I’d like you to use the $50,000 to arrange for a man to sleep with me.”

“This is a very unusual request,” the lawyer said, adding, “but I’ll see what I can do to arrange it and get back to you.” That evening, the lawyer was at home telling his wife about the eccentric spinster and her weird request. After thinking about how much she could do around the house with $50,000, and with a bit of coaxing, she got her husband to agree to provide the service himself.

She said, “I’ll drive you over tomorrow morning, and wait in the car until you’re finished.” The next morning, she drove him to the spinster’s house and waited while he went into the house. She waited for over an hour, but her husband didn’t come out. So she blew the car horn.

Shortly, the upstairs bedroom window opened, the lawyer stuck his head out and yelled, “Pick me up tomorrow! She’s going to let the County bury her!”