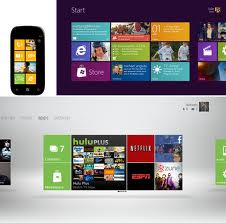 On the 1st November I attended the “Microsoft Device Update” presented by device guru Colin Erasmus (Windows Client Business Group Executive at Microsoft South Africa). My intention was to see what was relevant to the attorneys of South Africa and this is what I learnt.

Being confronted with all of these latest and greatest devices that Microsoft and the manufacturers have worked on, was like being a boy in a toy shop – you wanted to touch each one and take them home with you!

Microsoft have seen and identified 8 industry trends and have used these to design their new products, these trends are the following:
• The Cloud
• Data explosion
• Social computing
• Browser based applications
• Ecosystem of computing
• Personal devices in the workplace
• Ubiquitous interaction.

One of the major challenges faced by not only Microsoft and manufacturers, but just about every large company is the consumerisation of devices that are being connected to the company network – irrespective of the security and policies that exist. For example, a partner buys an iPad2 and hands it over to the IT Manager and instructs him to connect it to the network, and then another partner walks in and asks for his new Samsung Galaxy Tablet to be added as well. Going against the policy setup by all executives and IT department that any device connected to the network would be of a certain specification and have certain security aspects that would protect the network from harm.

The simple fact that the public, being the partners here, buy what they want to use and automatically want (and being a partner or top management in a firm) it connected to the network – normally an easy enough task, but it challenges the security of your firm’s information.

New devices are then categorised and the business deals with certain criteria and policies that need to be in place before that device can be allowed to connect to the office network – rather simple and practical.

For a number of years in Europe – new comers to a company are given a budget and a minimum spec to go and buy their own device that allows them to do their job – research shows that people who work on a system they have chosen to be more productive. They also cannot complain too much about the system, as they were the ones who bought it 😉 The practice is known as BYOC (Bring Your Own Computer). But you can see how the concept of consumerisation is starting to spread.

A product that is taking off rather quickly is the MS Surface, which is now at version 2 stage. Samsung seem to be the leaders in adopting the technology is some of their touch surface devices – most seen as a table that is touch sensitive and a computer screen at the same time – used for multiplayer games – with players standing around the table and touching the screen to interactively play the game.The new devices will be able to be mounted vertically and will allow people to interactively work on the device.

The XBOX device “Kinect” has now evolved into a PC device, which allows computer input via gestures – much like the Wii when you jump around in from the of the game (like Kinect – but you all know Wii better) – but with no paddles.

Much like you see in futuristic movies, where the person “grabs” an application and pulls it across to another area – you would control a screen by grabbing the application, and pulling it across in front of you and you will control the computer. Imagine the possibilities of shop window space when the shop is unattended and people can still shop of ask questions – in the window (a Windows in a window ;-)).

Watch the Omnitouch demo where they use new projection technology to display and input information.

Windows Mobile 7.5 – code named “Mango” has recently been launched. For those that use Windows Mobile, you might enjoy the new feature that allows you to see a text message stream from somebody, then to click on the person and get all the 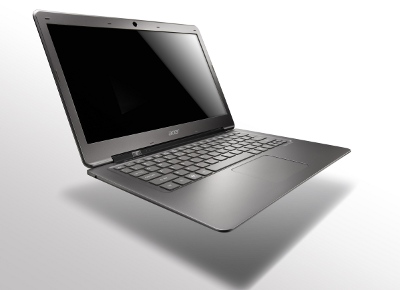 other contact information for that person which allows you to make contact with them through any of those channels.

Something that was not covered here was the new close partnership between Nokia and Microsoft, where Nokia will produce phones for the Windows Mobile, with the first phones being available in the USA at the end of November 2011 and we expect the phones to arrive in South Africa around March 2012. But I think this will be fresh start for both Nokia and Microsoft mobile operating system.

Microsoft has been very clever and methodical about its new device focus and it has placed itself nicely between the real consumer content consumption and the extremely hard core computer processor killer called the content creator (the person who spends all day creating documents, crunching spread sheets or creating code). Their focus is the person who consumes a little content, but also uses his computer at work as a management device.

At the moment tablet devices running Windows 7 run rather hot and consume quite a bit of battery life, but Colin says that with the new Intel Atom processors, the tablets will have a long battery life and will not have any heating issues. The Atom processors require no cooling and integrate many other components to minimise heat and speed up processing.

Most new devices have HDMI ports, which connect you to external monitors – one because it is now a standard in TV monitors and two because it takes up less space in the device. A great benefit to portable devices, especially for the corporate users is the inclusion of the TPM (Trusted Platform Module) chipset, which allows secure encryption of the hard drives.

All-in-one devices are gaining popularity and shipped numbers are telling the success story – these devices have the entire computer, excluding keyboard and mouse, included in the display. The fact that standard components being designed these days can now fit into these slim devices, and that monitors are so thin, makes these devices more affordable and prices will continue to drop. A nice touch for South African consumers is that this device is not classified as a monitor with the new import tax on monitors. So while monitors will increase in price to accommodate the 34.4% tax implication and the All-in-one devices should remain the same and possibly as I mentioned come down in price.

Two devices mentioned by Microsoft where the Asus UX21 – 1.2kg netbook that is ultra slim (launching this month) and the Acer Aspire S3 – 1.4kg ultra slim notebook with a slightly bigger screen and hard drive (launching on the 14th November 2011). 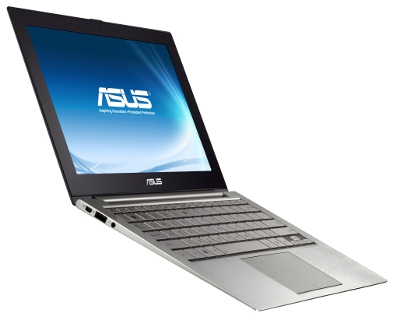 A clever trend starting to happen in computers is the new hybrid hard drive systems, where the system has a smallish solid state drive to boot from and then a normal spinning drive for the bulk of the space – giving you super-fast boot times, decent drive space and a good price.

Windows 8 was briefly spoken about, not because it is unimportant, but because it is still so entrenched in testing – that it is a little premature to get people worked up about the new operating system. As you may know Microsoft launched Windows 8 to their software developer partners to enable them to write applications to enhance the user experience when they finally go live with the Windows 8 launch. This is what Microsoft terms as “Creating the correct Ecosystem” for the operating system.

A new twist for the consumer parent is that we have protected our computers and browsers against our children seeing unsavoury content, but now all the new gaming and music devices are connecting to the internet – so how do we protect against those new channels?

Microsoft is focusing on getting back into the consumer’s mind and most definitely not only as an operating system – they want to enhance the three screen experience for everyone – the phone, the computer and the TV or browser. Hold on for their ride, they have only just begun.