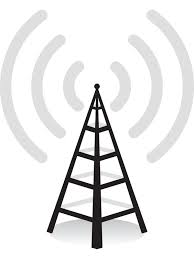 Recent events are evidence of unprecedented pressure on mobile network operators (MNOs) to lower their prices. Yet a sober analysis reveals that the networks are really their own worst enemies, and can turn their fortunes around by simply lowering prices.

Up against it
The latest proposed cuts in the mobile termination (interconnect) rates are the most obvious threat to the MNOs, because it comes from official circles. In response, Vodacom and MTN have joined court action against Icasa, the regulator, to stop the lower mobile termination rates (MTRs) becoming reality.

Meanwhile, another threat looms. As a recent article on TechCentral points out (Mobile operators fighting the wrong war), ‘over-the-top’ (OTT) telcos such as Skype are pricing MNOs out of the market with low-cost calls over rent-free Internet Protocol networks.

But it goes even further than that. Wi-Fi networks are becoming increasingly ubiquitous, with several high-profile rollouts under way, including MWeb’s Home ADSL hotspot initiative. Cellular data rates are as high as voice rates, leaving cellular in danger of becoming a network of last resort.

If that’s not threat enough, a range of global technology developments threaten to wrest control over mobile communications away from the operators. Carrier-agnostic SIMs, for one, could, in time, enable deep-pocket hardware makers like Apple to buy bulk minutes and bandwidth from global operators, decoupling communications from specific providers (and freeing consumers from restrictive contracts). With one number, they could travel anywhere and use the best local network, thereby avoiding roaming rates. Already, Holland is allowing this.

Own fault
All these developments spell trouble for the networks, but in truth they are merely market reactions to the MNOs’ unfair pricing practices. The operators have charged inflated voice rates for a long time, and the market, regulator and government agree it is unsustainable.

In the circumstances, the proper course of action is not to turn a blind eye to new competition, take the regulator to court or engage in a brand-damaging public spat between peers, all in the interests of defending excessive charges.

A way out
There is a way out. In short, they must charge less – much less – and do so willingly and quickly. This would give cellular unprecedented appeal, and the volumes alone will take care of the rest.

Not convinced? Consider how mobile pricing has already driven consumers into the arms of OTT providers. If given the choice, these consumers would like the best of both worlds: great rates offered by IP and the fantastic network coverage and quality offered by cellular networks.

Leopards and spots
It remains to be seen if the networks will suddenly change tack. They certainly seem prepared to go on the defensive with vociferous media campaigns and court cases.

Meanwhile, the usual protectionist tactics continue unabated. SIM lock-in remains a tactic of choice, and operators have hinted at charging more for ‘voice data’ sent over their IP networks than ‘data data’.

But change – sooner rather than later – is advisable. Why bother to defend progressively slimmer margins while risking long-term market alienation? It is infinitely better to change course now, protect future profits and become an attractive option to consumers.

Some get it
Evidence of this elevated mindset can already be found in the industry. Alan Knott-Craig, CEO of Cell C and previously of Vodacom, has made the visionary statement that MNOs must focus on providing the best pipes in the business, at rates that don’t make you blanch, and traffic will naturally gravitate to it.

All providers that connect their subscribers with others pay an interconnect rate. If the cellular networks accept lower MTRs, OTT and other VoIP providers are more likely to actively develop and promote their services over mobile termination applications.

The alternative is a large-scale migration from cellular networks and clients.