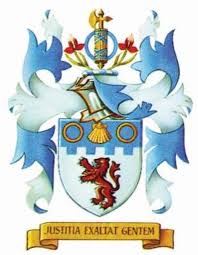 The Cape Law Society (CLS) has noted with great concern an article in The Herald of 19 April 2018 by Ms Nomazima Nkosi titled “ANC slams magistrate in Lungisa case”.

In the article, the ANC Regional Secretary, Mr Themba Xalutha, is reported to have said that the ANC in Nelson Mandela Bay not only believes that the conviction of Mr Lungisa by Magistrate Morne Cannon, for assault with intent to do grievous bodily harm, was politically motivated and that Magistrate Cannon should be removed from the matter, but also that members of the ANC were ‘mobilising’ against the judgment’.

The CLS believes that the comments attributed to the ANC by Mr Xalutha contravene the provisions of Section 165 of the Constitution of the Republic of South Africa, Act106 of 1996 (the Constitution). That section is clear that courts are independent and are subject only to the Constitution and the law which they must apply impartially and without fear, favour or prejudice. That section also makes the point that no person or organ of state may interfere with the functions of the courts.

It is important to state that the CLS accepts that courts are not infallible, hence there are provisions for appeals and reviews where grounds exist to challenge the decisions of the courts. These steps, however, are conducted with the required decorum to ensure that the dignity of the courts and the judicial system is upheld. Any dissatisfied parties should go through this process and be discouraged from making

The CLS calls on all those who believe that they have a valid complaint against Magistrate Cannon to report such complaints to the Magistrate’s Commission. A complainant will be required to present evidence to show a prima facie case of misconduct to warrant an investigation.

The CLS calls on leaders of political organisations to appreciate that some sections of society will accept that which is said by its leaders as true and so must be careful not to abuse their role in society by attacking the judiciary in our country.

The CLS will engage the leadership of the ANC with regard to its concerns in a separate communication with a view to ensuring that matters of this nature are not perpetuated going forward and that the right procedures are followed should members have complaints with regards to decisions made within courts.