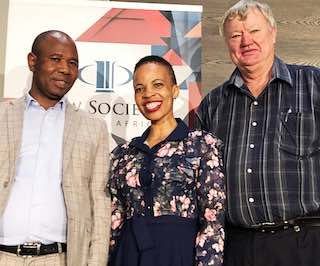 The Law Society of South Africa has elected Mvuzo Notyesi as President, Baitseng Rangata as Vice-President and Jan van Rensburg as Acting Vice-President at its conference and AGM in Pretoria on 29 and 30 March 2019. Mr Notyesi and Mr Van Rensburg are both previous Co-Chairpersons of the LSSA.

Mr Notyesi has been a Council member and a member of the Management Committee of the LSSA for three years. He represents the LSSA on the Judicial Service Commission. Mr Notyesi has a passion for education and has been a part-time lecturer and an instructor at the LSSA’s School for Legal Practice in East London. He is also an examiner for the Attorneys Admission Examination. Mr Notyesi is Chairperson of the Notyesi Foundation, which awards bursaries to disadvantaged students to attend university.

Pretoria attorney Baitseng Rangata is the Co-Chairperson of Maponya Inc which has branches in Pretoria, Mafikeng, Klerksdorp, Bloemfontein, Limpopo and Mpumalanga.

She has the BProc and LLB degrees from the University of the North as well as an LLM in intellectual property law from Unisa; and has extensive experience in commercial law, intellectual property law, labour law and general civil litigation. She acts on behalf of several parastatals and has chaired disciplinary hearing proceedings for various institutions. In 2016 she chaired the board of inquiry initiated by the Railway Safety Regulator into a train accident. In 2017 was an Acting Judge in the Gauteng High Court: Pretoria. She is a board member of SAFLII and an advocate of women empowerment and access to justice by disadvantaged communities. Ms Rangata is the current Vice President of the Black Lawyers Association.

Jan van Rensburg has served on the LSSA Council since 2004. He sits on a number of committees at the LSSA and has represented the LSSA on the Council for Debt Collectors since 2009.

Mr Van Rensburg has the BCom (University of Pretoria) and BProc (UNISA) degrees as well as an Advanced Diploma in Labour Law from the University of Johannesburg. He was admitted as an attorney in 1984 and is also a notary and conveyancer. He practises as a sole practitioner at Jan van Rensburg Attorneys in Brits.

National Director of Public Prosecutions, Adv Shamila Batohi, was the keynote speaker at the LSSA conference, which was held under the theme ‘The War against Corruption: Can the legal profession contribute to restoring confidence in the Rule of Law?’. She told delegates that the staff at the National Prosecuting Authority are civil servants. They serve the people and must do so with humility. She added that restoring the public confidence in the institution will not be easy and she asked for support from legal practitioners. Lawyers in private practice are requested to assist the Office of the NDPP for free or at reduced rates. She added that there had been a number of lawyers who had already come forward to offer their assistance. Adv Batohi also pleaded with legal practitioners not to delay cases unnecessarily.

On her appointment in December 2018, the LSSA said in a statement: ‘We are confident that Ms Batohi has the skill, conscientiousness, integrity and independence necessary to tackle the challenge of leading our prosecutorial services, and to ensure a stable directorate that serves the public of South Africa professionally, effectively and fairly, and provides a proud mirror of our criminal justice system to the outside world. We offer the support of the attorneys’ profession to Ms Batohi.’

One of the discussions at the conference revolved around the high failure rate in the conveyancing examination and the perceptions of prejudice and gatekeeping. The LSSA resolved to take the matter forward and pointed out that conveyancing is a specialised, post-admission field. Prospective conveyancers must be properly trained and prepared in order to protect our world-renowned cadastral system and to protect the public. It was agreed that the conveyancing examinations should be reviewed. This would include consideration of number of days and time for writing of the exams. The LSSA will also have to review its conveyancing training courses, which have proven to be inadequate given the experiences of candidates.

The LSSA will also request an amendment to the Legal Practice Act 28 of 2014 to legislate for pro bono by legal practitioners. Currently the Act makes provision for community services – which has yet to be fully defined by the Justice Minister – but it does not make provision for pro bono as the repealed Attorneys Act did in the past. This omission has impacted significantly on the delivery of pro bono services that was established by the profession over the past few years. 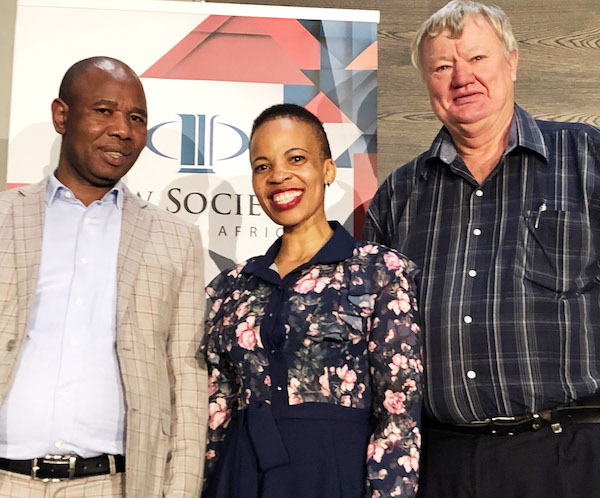 Issued on Behalf of The President of The Law Society of South Africa, Mvuzo Notyesi