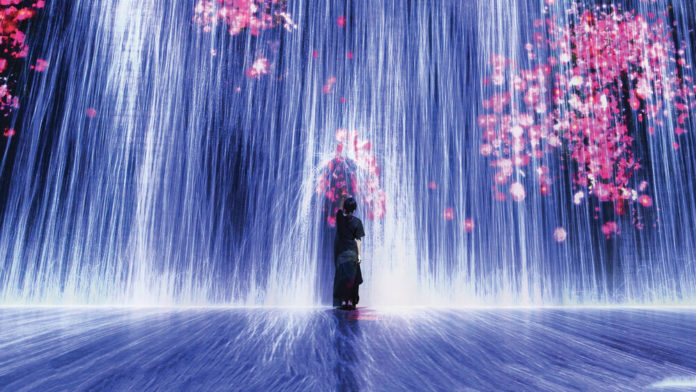 The world has come a long way since 1983. On 1 January that year, the US Military switched on the packet switching TCP/IP protocol in its Advanced Research Projects Agency Network (ARPANET) and the internet received a birth date. Co-creator of the protocol, Vint Cerf, has been quoted as saying there was no fanfare or celebration, not even a photograph, to commemorate the event. Forward to just under 40 years later, and the picture is vastly different. From technology scholars to venture capital firms, it sometimes seems we are eternally at the precipice of the next big thing, where celebration and media bustle often precedes concrete use cases or even generally accurate understanding.

You may be forgiven then if, when Facebook CEO Mark Zuckerberg announced his organisation’s plans to build a ‘Metaverse’, the techy-attractiveness of the title alone elicited a sigh, followed by a quick browser search for ‘what on earth is a metaverse’. But this time it’s worth paying closer attention. Let me explain.

The science fiction concept of the metaverse is something many of us will have come to appreciate intuitively by now. From pop-culture references to alternate virtual realities such as The Matrix, Tron and Ready Player One, to the much earlier cyberpunk movement of William Gibson’s 1984 novel Neuromancer, the notion of a persistent virtual reality has achieved a level of ubiquity. The term ‘metaverse’ is actually lifted from Neal Stephenson’s book Snow Crash, considered by many to be satire of the cyberpunk movement. In Stephenson’s book, this term is meant to describe a convergence of an augmented physical reality and a physically persistent virtual space – a virtual world accessible through special technology. One may therefore assume that this is all that the metaverse is, yet another promise of a 3D virtual or augmented reality, reserved for the realm of gamers and early adopters of smart eyewear.

But when seen as an evolutionary convergence of current technologies, rather than a predetermined destination, its promise is much clearer. Firstly, there are those who claim it to be the successor of the internet. This is immediately confusing. You are required to make the mental leap between the user experience of the internet of today to the experience of virtual reality, which for anyone who has used a VR headset in 2021 is not yet an enticing prediction. Then there are those who liken it to the digital theme parks of the 2000s such as SecondLife, or another VR game or chatroom space, which is hardly worth writing home about.

This is much like asking a person using the ARPANET in 1983 to predict the emergence of social media, the gig economy or the latest video-sharing platforms. Rather, it is better to think of the metaverse in terms of its converging properties, for which we thankfully have the guidance of Matthew Ball’s Metaverse Primer, which sets out the following criteria for what will likely be the features of a metaverse.

Arguably, it is this last feature that unlocks the concept most clearly. The first websites created a ‘walled garden’ of the internet, where content and experience existed in an enclosed and limited environment. In a way, these walls are still in the process of coming down – your user experience still varies across web platforms, mobile apps, games and streaming services, from your identity management (how long is your list of account and password details?) to your digital assets or content. Since the creation of Bitcoin, digital currency is one key area where we are starting to experience the genesis of freedom in a decentralized and persistent digital experience. Another is the gaming industry, which has already cottoned on to a convergence of some of the features mentioned above.

Many gaming platforms are seeking cross-platform interoperability (for example, in various ‘battle-royale’ titles). Multiplayer spaces are already synchronous and live, and (to a lesser degree) persistent. Without going too far into the esoteric, consider what these features could achieve when applied to non-gaming environments such as social spaces, working environments or public spaces, and what this could be when integrated in an augmented way with the real world. Due to the COVID-19 pandemic, we are already primed for what this could mean – where digital reality and connections start to become the base reality of experience. Importantly this may be wholly independent of 3D virtual reality technologies, fully accessible via mobile phones, PCs and other non-VR/AR ‘on-ramps’, and could be a space that can be accessed, experienced and interacted with in different ways.

This is still far from becoming a reality – we are only at the dawn of the metaverse. However, significant multinational technology firms are already placing some weight behind this, and it is worth keeping an eye on these developments. Many issues, ranging from the remaining inequality in data speeds, the environmental impact of distributed ledger technology, to the sheer work needed to achieve true interoperability, still have to be overcome. New ethical questions must also be asked in the context of equality, diversity and inclusion and how creating such digital spaces may be coming too soon before we have solved basic issues such as digital inclusion and digital literacy.

Realistically, we’re still waiting for a Minimum Viable Product here, and there will be some time before it arrives and policy and legal issues can be reliably unpacked. However, just like the internet, this convergence could result in micro-benefits along the way, and ubiquitous interoperability is the one that stands out. Different content producers and existing platforms may need to start finding legally sound and commercially viable ways to share data and IP to enable these environments. Very much like what is occurring in the open banking industry, new APIs, protocols and technical standards will be needed to cross-wire and bridge the islands of the internet. We may finally be forced to solve the problem of digital identity in a collective way.

The metaverse is essentially the ‘ultimate crossover’, and the potential of what that could create, could be a final end game state for the internet.

Remote hearings – the new normal? Or is there more to it?

Why Legal Technology is Inevitably Moving to the Cloud