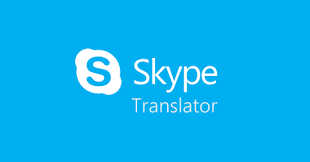 Over the course of the last few years, various technology trends such as cloud computing, social networking, mobility, and analytics have disrupted established business models as well as industries and changed the way and speed at which people communicate and work together. Companies are working with partners and suppliers that are based overseas and competing for the wallet share of international customers.

Because of this, modern organisations are often confronted by a range of challenges that may include cultural differences. If you are not able to speak the preferred language of the person you’re doing business with, the language gap can become a serious obstacle to attaining a more fruitful relationship.

Success in business often relies on the strength of the personal relationships you have with affiliates, partners, suppliers and customers within a given country. Simply being able to greet them in their own language can be one of the easier methods of allowing for a deeper level of engagement.

Microsoft recently announced the preview of the Skype Translator tool to assist people in communicating across language barriers. By using this tool on any Skype-enabled device, users can make free Skype Translator video or voice calls with someone who speaks another language. Translator is currently available in six languages including English, German and French.

The words that you speak into your microphone are analysed and turned into text, in a similar way to how this achieved when you ask Cortana a question within Windows 10 or Windows Phone 8.1. Next, the text is put through the Microsoft Translator engine to change it to your Skype partner’s language.

This powerful communications tool can come in handy within a range of scenarios. For instance, thanks to support being available for Mandarin, Skype Translator can be used by employees of African countries, who do a lot of business with Chinese firms.

Roadwarriors and jetsetters can use the app to translate key phrases during their overseas trips.

A PhD student can employ Skype Translator to augment his thesis research, with the assistance of experts who reside in neighbouring African countries that are Francophone (French speaking) like Côte d’Ivoire for instance.

Whatever the usage, Skype Translator will assist businesses and people communicate more effectively across language barriers.