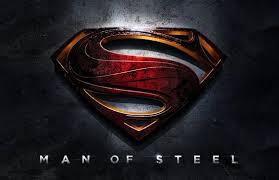 James Bond, Batman and Ironman are no longer the only ones with cool accessories. Nokia and Warner Bros. Pictures have teamed up for a global co-marketing partnership with the eagerly anticipated, Man of Steel from Warner Bros. Pictures and Legendary Pictures. The announcement coincides with the South African arrival of Nokia’s new smartphone hero- the Lumia 720.

With an array of super features, it’s easy to see why the character that helped create the superhero genre would choose a Nokia Lumia as his sidekick. In celebration of this collaboration, Nokia and Vodacom are bringing South Africans a hero deal on the Nokia Lumia 720. In addition to the phone, you also get the wireless charging shell and wireless charging plate in box for free. Now, when duty calls, you can grab your phone and be off at top speed, no strings attached – just like a superhero.

So how do the Nokia Lumia 720’s super features stack up?

Super Sidekicks
With wireless charging options and NFC connectivity, the Lumia 720 works wonderfully with funky accessories like the Nokia wireless charging plate and the JBL PowerUp Wireless Charging Speaker or the Nokia Purity HD Stereo Headset by Monster. With a music catalogue of millions of tracks in the Nokia Music Store, users can find all their favourite artists and download their favourite Nokia Mix Radio playlists for offline enjoyment with these super sidekicks.

Super Deals
The Lumia 720 bundle will be available at Vodacom on prepaid for a recommended retail price of R5, 399, as well as on a R299 Smart S contract (with 75 Anytime minutes, 200 SMSs & 200 MB Data). An additional “Buy Back “ option will enable consumers to return their Nokia N8 smartphone and get the Nokia Lumia 720 at R269 per month on the Smart S contract.