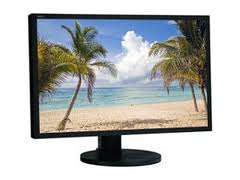 Minister of Finance, Pravin Gordhan during his budget speech earlier this year, announced several taxation amendments one of which affects the importation of monitors.

These amendments have been made in order to prevent fraudulent claims on monitor imports and also to protect the local TV manufacturing industry.

Monitors are defined as follows:

Any monitor that has a capability for TV Reception with any one or more of the above listed connectors would fall in this category no matter what the size may be.

Amendments to the Tariff position of monitors
Prior to the announcement made by the minister, all LCD/CRT monitors were imported duty free since they were not incorporating a television reception apparatus.

The new amendments that have been made to the tariff headings regarding the duties on monitors affecting our monitor imports are as follows:

Notebooks and AIO fall under a different tariff heading 84.71.(Automatic Data Processing System) and is not affected by this amendment as it is a different system altogether.