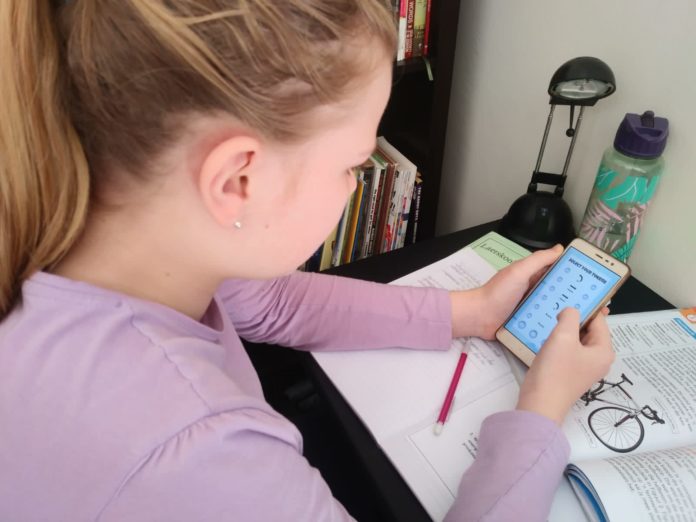 More than 400 learners from over 80 schools across the country participated in a virtual tournament held from 19 to 26 September 2020 which used gamification to introduce them to basic coding concepts and social issues such as ocean conservation.

“During the tournament, learners logged in from home to access the BOATS Android mobile coding app. They were taken through multiple choice questions that educated them about marine pollution and South Africa’s cultural heritage. Up for grabs were TANKS school kits sponsored by LexisNexis South Africa, valued at R3,000 each. These kits introduce learners to coding concepts with the use of tangible tokens and image recognition, eliminating the need for a computer,” he explained.

Sunridge Primary School in Port Elizabeth had the most participants and won two TANKS coding kits.

In addition to other incentives such as data and cash prizes, 24 schools each received a TANKS school kit sponsored by LexisNexis. Most of the schools will receive training early next year to roll out their own coding clubs at their schools.

Professor Greyling said TANKS was developed by one of his former students, Byron Batteson, who is now a Software Development Engineer at Amazon Web Services, to introduce learners to coding concepts.

“Our main coding project is TANKS, which is mainly dependent on interactive coding workshops that reach thousands of learners from mainly disadvantaged communities across the country. With the COVID-19 lockdown situation it was immediately clear that these workshops were not feasible. We consequently added features to BOATS to allow for virtual tournaments,” he explained.

He said this was the third such tournament. “We had a big number of learners who participated enthusiastically and we received positive feedback from teachers who said the learners really enjoyed doing something exciting, in a year where they have had limited extra-curricular activities. We plan to keep contact with the learners, and hopefully have some of them do an online coding club with a programming language such as C#,” said Professor Greyling.

LexisNexis CEO Videsha Proothveerajh, said the company’s involvement with the BOATS tournament was part of its annual RE Cares Month programme.

“This year we were extremely excited to include the BOATS tournament in our RE Cares programme, because technology exposure is very important to us as a company invested in tech solutions that serve the legal, professional and government sectors. One of our core values is also Innovation,” she said.

Proothveerajh said LexisNexis’ business and corporate social responsibility efforts are guided by the company’s common global purpose of upholding the rule of law.

“Every October RE Cares encompasses business-sponsored volunteer activities and fundraising events, as well as in-kind charitable donations to benefit communities across the globe through our international parent company, the RELX Group. We encourage employees to play a positive role in their local communities and to make a positive impact on society as a whole by volunteering at selected charitable organisations.

“LexisNexis has a software development office based in Nelson Mandela Bay, which has been on the rise as a software development city. We regularly work with Nelson Mandela University to attract talented students and graduates, and the BOATS tournament partnership certainly gave us the opportunity to encourage an interest in technology among even younger South Africans,” she said. The tournament also provided the top participating schools and NGOs with a R4000 voucher to purchase shoes for needy children from KwaNobuhle (Uitenhage), Langkloof, Hazyview and Alexandra through the #ShoesForChildren project, initiated by a young man, Godfrey Jacobs from Colchester outside Port Elizabeth, in partnership with the tournament organisers.