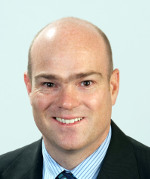 There are many different cryptocurrencies, the most well-known being Bitcoin. Bitcoin is a convertible virtual currency, in other words, it has an equivalent value in real currency and can be exchanged back and forth for real currency. Cryptocurrencies are growing in popularity with a market capitalisation in excess of $150 billion.

Only the South African Reserve Bank, which governs the management of currency, has the sole right to issue legal tender in the form of bank notes and coins. Although cryptocurrencies are not regarded as legal tender, they are completely unregulated, and there are no laws preventing anyone accepting them as payment. There are three ways of receiving cryptocurrencies, namely, buying them on an exchange, receiving them as consideration for goods or services, and “mining”.

If the cryptocurrency was acquired as a capital long term investment, the disposal will be subject to capital gains tax. Factors such as, a lengthy holding period, no history of dealing in cryptocurrencies, and purchasing for capital preservation rather than speculation, would suggest that the resultant profit is capital in nature.

This article has been written by Graeme Palmer, a Director in the Commercial Department of Garlicke & Bousfield Inc

NOTE: This information should not be regarded as legal advice and is merely provided for information purposes on various aspects of tax law.