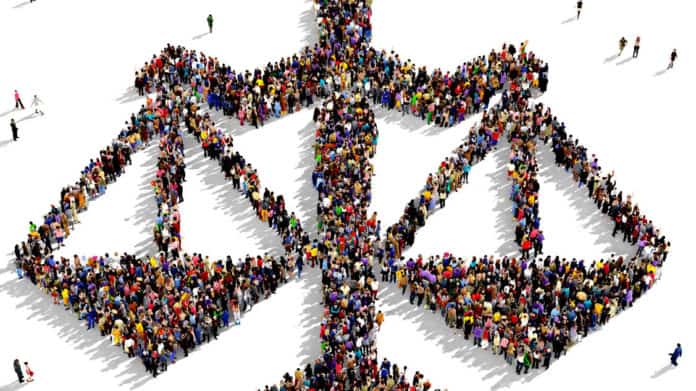 In this piece, I expand on the topic of transformation and access to justice, first introduced in Some Challenges Facing the South African Legal Fraternity. Although there are a number of issues to discuss under the topic of transformation in the legal fraternity, this piece will focus on public accessibility to legal services. It is only through the access of legal services that South Africans can fully enjoy the rights enshrined in the constitution and legislative frameworks.

In the Transformation of the Legal Profession Discussion Paper, government identifies the fact that the broad middle class of South African society is not able to afford the fees practicing attorneys charge. Furthermore, the distribution of practising lawyers who deliver legal services to the public is skewed. Most lawyers practise in cities and they serve corporations and wealthy people. There are very few lawyers who service the areas of townships and rural settlements and those that do generally have poor resources.

The discussion paper also highlights the fact that practicing lawyers are not sufficiently involved in providing legal-aid services to impoverished persons.

The general factors that prevent people from having access to legal services include,

Garth and Cappelletti notes three features regarding costs and access to justice. Firstly, “any realistic attempt to confront problems of access [to justice] must begin by recognising this situation: lawyers and their services are […] expensive.” Secondly, “claims involving relatively small sums of money suffer most from the barrier of cost”, and thirdly, delay – such as years to resolve a dispute – “increases the parties’ costs and puts great pressure on the economically weak to abandon their claims or settle for much less than that to which they are entitled.”

One of the more credible broader strategies suggested by government is the abolition of all regulation of fees except with regards to recovery of party-and-party costs. In this way, practising lawyers will have the freedom to adapt the fees they charge and the services they deliver to the market they serve. Interestingly, in some countries there are lawyers who operate ‘sidewalk practices’. These lawyers have no overhead expense and do not need to charge the same fees. However, the perception on the part of the legal fraternity is that practices who charge low fees are generally unethical.

Still, deregulation of market would dictate the fees charged and practitioners would be able to offer appropriate services at competitive rates.

Further, the profession’s representivity or lack thereof plays a big role. Members of disadvantaged sections of society are likely to feel less intimidated about approaching lawyers who speak the same language and share the same cultural experience.

Furthermore, it is also important to recognise the significant role and value of paralegal practitioners who offer primary legal services to disadvantaged communities, particularly rural areas. Paralegals are generally drawn from the community and are therefore representative of the community. Their closeness to the community enables them to understand its particular needs.

Government has also recognised the lack of information about legal services. This could be addressed by public awareness campaigns in the media, increased advertising on the part of practitioners, the development of street law programmes, and the provision of information to the public by professional bodies and the Legal Aid Board.

What becomes important is the fact that lawyers should be encouraged to play a role in community life and speak to community groups about the services they provide and the help they can offer. Awareness should also be raised around the fact that most South African universities have legal aid clinics to help persons or communities who cannot afford legal services, and that the South African Human Rights Commission is located in all nine provinces and services are rendered free of charge.

During the first half of this year, Legal Aid South Africa amended its means test which assesses whether one can qualify for legal help (in criminal and civil matters). This was a welcomed development. Previously, it only assisted people who earned up to R 5 500 per month, after tax. The applicant’s household income had to be less than R6000. From this year on, monthly earnings, after tax, must not exceed R7 400 and an applicant’s monthly household income shouldn’t be more than R8 000. Further, the value of all an applicant’s assets including houses, vehicles and furniture should be less than R640 000. Legal Aid SA amendment the Means Test due to the impact of inflation and the rising cost of living.

Even with important developments like Legal Aid’s adjustment of the means test, access to justice won’t be a reality for the majority of South Africans anytime soon. Although there has been much discussion in governmental and academic spheres, the massive disjuncture between the South African constitutional enshrinement of legal rights and the limited access to justice experienced by most of the population has still not been innovatively or adequately addressed.

Ultimately, what is necessary is a renewed debate on the issues ranging from possible community service by qualified practitioners to ways in which more pro-bono work and initiatives can be established by South African law firms. Questions regarding at what price and for whose benefit the legal system functions should be openly discussed and although this particular challenge cannot be solved in simple or single reform proposals, ongoing exploration of possible pluralistic and inventive solutions is of the utmost importance.

How Has Technology Helped the Legal Sector/Industry?