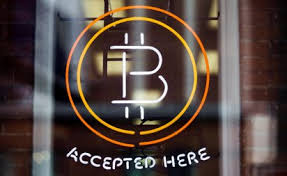 As crucial as BitCoin may be to the growing global financial markets and as much as it may revolutionise concepts relating to payment and economic freedom, its volatile market value, reports of hacking and theft and alleged dalliance with the “dark web.”  has resulted in the perpetuation of the BitCoin narrative as untrustworthy.

The current BitCoin narrative is attributable to its cyclical nature – people don’t invest in BitCoin because its market value is unstable – and the market value of BitCoin is unstable because people do not invest in it. The lack of demand in BitCoin is partly attributable to an inability to understand its complex technical nature – but BitCoin will continue to remain misunderstood unless there is a demand and increased exposure of BitCoin in the market.

The key to breaking this cycle may be by bringing BitCoin within a regulatory framework to encourage its demand and integration. Whether or not that is likely to happen is going to be determined on the 11th of March – the day on which the United States Securities and Exchange Commission (SEC) will decide whether or not to approve the filing of the Winklevoss Bitcoin exchange traded fund (ETF) and in doing, potentially welcoming BitCoin into the financial services regulatory world.

As result, the BitCoin narrative has limited the participants in the BitCoin economy to those who are able to access informative material on BitCoin and have the resources to absorb any potential loss of BitCoin. This is, however, counter-intuitive to the financial inclusion objective that BitCoin advances.

The saviour of the BitCoin narrative lies in finding the right regulatory home. Implemented correctly, regulation could stimulate the demand for BitCoin by legitimising its use and disseminating information about its construct into the market. This increase in demand is essential to stabilising the volatile BitCoin economy and developing more stringent mechanisms of security.

The current South African legal construct of BitCoin is that of a quasi-currency. The concept, use and value of BitCoin in our market is that of legal tender in a peer-to peer payment system, albeit never attaining the status of legal tender. The adoption of the “payment system” label, while apt in 2014, did not account for the ability of BitCoin to grow beyond this – which it has. While BitCoin, paired with the underlying Blockchain technology, creates a payment system exchanging unregulated currency, BitCoin additionally embodies certain economic characteristics that associate it with a different label and maybe a different regulatory home:

These characteristics largely mimic the economic characteristics of gold and other similar commodities. Value is predicated by demand and supply – not by monetary policy or the ability of any entity to issue more. While BitCoin may operate as a currency on a decentralised payment system, it has economic features that make it an asset, or more accurately, a digital asset. Bitcoins inherent economic value is not derived from its worth in relation to another country’s currency denomination, but from its value as a finite asset – the supply and demand of which is extraneous to political, economic and governance polices.

The big question is whether the Winklevoss brothers have the right idea? Is the financial services regulatory environment the home that the BitCoin narrative has been searching for?

Financial products within South Africa are governed by a myriad of legislation all of which is susceptible to change with the introduction of the “Twin Peak” regulatory model. The regulatory environment in which financial products operate comprises of two components:

The BitCoin economy waits for the SEC’s decision on the 11th of March, standing on the door step of it financial regulatory home.

By:
Seshree Govender of Webber Wentzel