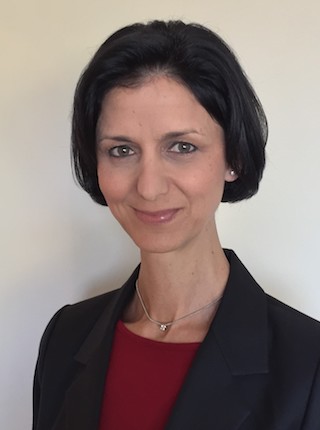 Technology and the law – Technology is changing almost every aspect of our lives. It is therefore no surprise that it has already had a profound effect on how legal contracts are made (and signed), for example, we now negotiate via email, VC and Skype and sign electronically without ever meeting face to face.

Technology is also revolutionising other broader issues of electronic contracting, including identification of parties, and is forcing us to rethink the very fundamental ideals of what it means to conclude and perform under a contract.

South African law has been playing catch-up with technology and has managed to keep pace with many key developments. Our law specifically recognises the validity of electronic contracts, accepts contracts concluded with electronic agents, and is even starting to recognise biometrics as the equivalent of a signature.

Smart contracts and the law

Smart contracts have been around for some time. Think of the humble vending machine. The advent of distributed ledger/blockchain technology, such as Ethereum, now brings us to the brink of a new age. Think “Smart Contract 2.0“.

Smart contracts will fundamentally change the way in which we contract. It will bring significant benefits and will transform certain sectors and industries. It will likely bring with it disintermediation and decentralisation. It will also require a new approach to lawyering to navigate and address the complex issues. Smart Contract 2.0 will need the “smart lawyer“.

Before we can sensibly start to discuss smart contracts and their possibilities, we need to unpack what the term “smart contract” means. To date there has been much debate and confusion, mainly arising from the distinction between legal code and “smart code” i.e. the technology which automates performance in accordance with pre-determined rules.

Many technologists prefer a pure focus on the smart code. Their logic is: if the technology can automate and self-enforce performance, we should be able to do away with the need for legal contracts, and law in general. This is perhaps too simplistic a view, in my opinion. We would then simply be shifting uncertainties – we may be creating certainty of performance but exposing the parties to other risks which a valid and binding agreement could help to resolve, for example, in cases of unlawfulness. Instead of throwing the baby out with the bathwater, I think there is a place for the definition of a smart contract to embrace both: to my mind a truly “smart contract” will be one which serves the purpose of a valid and binding agreement coupled with technological auto-performance, without further human intervention.

Like the blockchain technology driving it, it is still too early for us to predict all use cases for the smart contract. There is no doubt that it can have significant impact in the financial services sector. We are already seeing activity in the area of derivative contracts. You can see the attraction of using technology to automate the administration and performance of very complex margin call calculations, and to automate and self-enforce payment. Smart contracts also have the potential to fundamentally disrupt clearing and settlement systems in the financial services sector which is currently a centralised system at its core

Proponents of smart contracts often focus on the benefits of increased efficiencies and  certainty of performance. There is indeed much to be said for a single pre-agreed contract which binds both parties, and provides the parties with certainty that performance will be executed automatically, without either party being able to block or prevent the performance or tamper with the contract terms. Some of the many benefits of smart contracts operated on blockchain technology include:

It is only through the development of the blockchain and Smart Contract 2.0 that we will fully start to understand the multiple legal and commercial complexities. Smart contracts will not be suited to all types of transactions, or circumstances. We also need to acknowledge and learn from incidents like the DAO hack, where hackers managed to siphon off USD 60 million from an Ethereum-based crowdfunded project.

– immutability. Immutability, a fundamental pillar of the blockchain, is often upheld as one of the key advantages of the smart contract. However, it raises challenges, for example, in circumstances in which regulators might need to intervene. Many proponents of the purely technical smart contract will argue this should never be allowed to happen.

– translation: Not all legal principles can easily be converted or encoded into technical code or be expressed by means of Boolean logic (in which values are reflected as either true or false), for example, requirements of reasonableness and good faith.  Similarly, a machine may have difficulty applying or verifying warranties that a certain state of affairs exists. For a smart contract to be purely self-enforcing, we would need to build it in a way which addresses these issues. This may be possible, but will require a different approach. In relation to warranties for example, we will likely need to shift from thinking about a general state of affairs, to embedding in the code a trigger that if specific documents A, B and C are presented in the pre-programmed format, the nodes will execute.

– multiple permutations: Smart contracts may need to anticipate every possibility, including factors extraneous to the contract itself, for example, if it later becomes evident that the agreement or performance is illegal. While this may be possible in relation to real-time performance (such as buying a chocolate from a vending machine), this becomes more complex in long-term contracts. The DAO hack is again a good example of the need to anticipate multiple permutations.

Many of these issues can be addressed by the careful crafting of both the legal agreement and the smart code. However, some of the issues will be more of a challenge to resolve. Our current legal system has been developed around traditional contracts, using well-established principles that have developed over time, such as reasonableness. Smart Contract 2.0 will bring new and unique challenges and risks, which will require creative legal and technical thinking.

Smart contracts are a natural progression for the legal system, and traditional lawyers will need to rise to meet their challenges. As with any other area, automation of performance may have an adverse effect on the functions of those who are engaged on the performance side of legal contracts, such as payments and release of documents. However, that is not typically the space in which most law firms add value. We add value by structuring the perfect deal, and drafting the agreements to support that deal. In my view, that will naturally extend to smart contracts.

Lawyers will need to re-think legal and commercial risk and opportunity in relation to smart contracts. For Smart Contract 2.0, our role as lawyers must extend beyond finding a way to apply traditional contract principles to smart contracts, to understanding and developing new constructs which support the operation of smart contracts. We may also need to start applying Boolean logic. After all, the aim is to develop the perfect smart contract which admits no ambiguity, can be interpreted in a binary fashion and anticipates every possible outcome. Smart Contract 2.0 will certainly need the “smart lawyer”.

Alexia Christie, a Partner in the TMT & IP Practice at Webber Wentzel