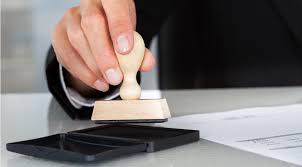 The Bitcoin Scaling Agreement was as much a story about technology as Titanic was about a ship.

A crash course in the basics of democracy, economic majority theory and self-determination, the Bitcoin Scaling Agreement, which set in motion the Bitcoin Fork of 1 August 2017, highlighted the growing political and economic considerations that permeate the decentralised system. As the South African Reserve Bank commences the South African cryptocurrency regulatory experiment with the aim of legitimising and garnering a better understanding of cryptocurrencies/assets, the Bitcoin Scaling Agreement is a reminder that cryptocurrency/assets1 and decentralised systems have evolved beyond the initial concerns and complexities that fuelled the 2014 regulatory neutrality.2 We are reminded that the current regulatory experiment faces a host of new complexities and that this industry will continue to evolve beyond any current or future understanding that we may have about it.

The stalemate bitcoin scaling debate and the plethora of bitcoin improvement proposals culminated in a New York meeting of various players within the bitcoin economy in May 2017 and with that, the Bitcoin Scaling Agreement came into being.

The Bitcoin Scaling Agreement is essentially an undertaking from the various signatories to implement the Segwit2MB Proposal, the first step of which is to activate Segregated Witness at an 80% hashpower threshold which had been reached before the end of May 20173.

As of May 2017, the signatories of the Bitcoin Scaling Agreement represented:4

The signatories of the Bitcoin Scaling Agreement represent the critical mass of both the technical and economic communities within the global bitcoin ecosystem.5

While the Bitcoin Scaling Agreement was primarily the spark needed to bring about much needed technical changes to the bitcoin network, it has taught us two very important lessons (i) how the decentralised network makes decisions and (ii) the where the decision making power lies.

Decentralisation is paramount in the bitcoin ecosystem. The core principle that no one institution or authority is responsible for the operation, function or governance of the ecosystem is its greatest strength. In South Africa, it is this core principle that the notions of financial service democratisation and financial inclusion are premised.

The key point to note about the Bitcoin Scaling Agreement is that the scaling solution was adopted by those market players who chose to adopt it, which happened to be the majority of the bitcoin ecosystem. However, while this did not mandate the dissenting market players to adopt the same solution6, failing to do so could have potential operational consequences due to the interdependence between the bitcoin communities within the ecosystem.

The bitcoin ecosystem is essentially made of up five communities:

These five communities represent two interdependent forces in the bitcoin ecosystem: the technology forces or market players and the economic forces or market players. Each force requiring the support of the other in order to function adequately. A symbiotic relationship that controls the decision making process in this decentralised space.

The complexities of the global bitcoin communities that has been brought to light by the Bitcoin Scaling Agreement requires us to question the premise on which the current, or any further, regulatory experiments are conducted. In particular, the regulatory experiment has grown far beyond the initial intention of ensuring that innovation is not hindered by regulation and now faces, amongst others, the following social and political challenges of regulating this industry.

The African Bitcoin: The greatest advantage of the decentralised system is its ability to transcend territorial boundaries and entrenched exclusionary practices of the financial services industry, thereby, creating a cryptocurrency/asset economy and community emancipated from territorial and industry concerns and restrictions. However, it is important to bear in mind that the advents of cryptocurrencies/assets and decentralised systems with South Africa serve an integral purpose in democratizing financial services and facilitating financial inclusion. In doing so, one of its intended markets is the marginalised South African financial consumer. As such, the South African purpose of cryptocurrencies/assets and decentralisation may differ from that of the US or China where the majority of the bitcoin communities reside.

The Global Engagement: As previously mentioned, the various bitcoin communities operate in symbiotic relationship. Regulation that hinders the South African bitcoin market players from participating in the global bitcoin communities by following or dissenting from decisions of the critical mass of the global bitcoin ecosystem, while not hindering innovative developments, would in any event place South Africa at an economic disadvantage given the interconnected relationship South African bitcoin market players have with the global community.

The essential question is how can the unique interests and consumer concerns of the South African financial and payments markets be protected whilst affording the South African Bitcoin market players and communities with sufficient freedom to participate in the global Bitcoin economy at its requisite rapid pace?

Perhaps the answer does not lie within mainstream regulation, but rather within a self-regulatory organisation (SRO) model.

A Legal Case for the Self Regulating Organization

The SRO model is a well-known and implemented concept with the South African financial markets. Introduced in the, now repealed, Securities Services Act (SSA), the SRO status was conferred onto the JSE Limited and the central securities depository (Strate), subject to certain conditions. SROs are permitted to regulate the affairs of the market which it services by creating rules, supervision protocols and disciplinary mechanisms.8

The concept of self-regulation does mean that the SRO is regulating itself but rather that it is tasked with regulating the market it services.10 Under our currently regulatory regime, the SRO model has been determined to be an efficient and cost effective mechanism for regulation, albeit its inherent challenges such as conflicts of interest and adequate governance.

The SRO model may potentially be the apt current legislative instrument to regulate the cryptocurrency/asset industry given its rapidly shifting complexities and evolutions. However, the root of our current financial regulatory regime does not envisage a decentralised system and, accordingly, all concepts and models entrenched within our current regulatory system are premised on the central authority ideology. This includes South Africa’s adoption of the SRO model.

As such, the first point in developing a regulatory environment for cryptocurrencies/assets and decentralised systems would be to recognise that a regulatory regime which fundamentally envisages governance, supervision and operations as being conducted by a central authority, by its very nature, cannot adequately regulate cryptocurrencies/assets and decentralised systems.

The concept of adopting an SRO model in respect of cryptocurrencies/assets has recently been the subject of discussion by the Securities and Exchange Board of India (SEBI), where is has been proposed that the various cryptocurrency/asset communities, or the most economically dominant entities within such communities, form an SRO for the purposes of regulating the cryptocurrency/asset market.11 The rationale behind such discussions is the concern that including cryptocurrencies/assets under the purview of the existing regulator would hamper the growth of the industry as the SEBI’s current expertise are in respect of conventional financial markets.12

A similar premise may be adopted within South Africa where various Bitcoin communities may form an SRO upon which the regulator may confer power to regulate the cryptocurrency/asset market it services, similar to the manner in which an exchange under the FM Act is envisaged to operate.

The internal mechanisms and regulations applicable to market players within such cryptocurrency/asset communities may be affected through the conclusion of smart contracts which may operate akin to that of interoperability agreements. This would be similar to the manner in which the decentralised autonomous organisation was established under Ethereum,13 save for the point that such smart contracts will be subject to outcomes or rules based regulatory principles of the financial regulatory regime .

The smart contracts and the formation of the SRO would need to be in accordance with the objects of the FMA such as protecting investors, reducing systemic risk and ensuring fairness and transparency within the market.

Decentralisation in Age of Twin Peaks

Notwithstanding the above, as the Financial Sector Regulation Bill, 2016 (FSR Bill) draws closer to coming into effect, and with it, the dawning of the age of the Twin Peaks regulatory system, the SRO model is currently under review. Initial public comment phases on the FSR Bill have indicated the legislature’s intention to increase the supervisory functions and powers of the Twin Peak regulators, which may result in the weakening of the SRO model. Once again, we see that the core notion underpinning the concepts of governance and supervision under the FSR Bill is that of a centralised system or authority thereby, excluding an effective means of regulating a decentralised system.

By Seshree Govender, an Associate at Webber Wentzel