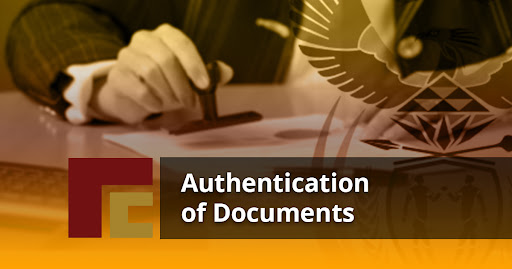 The traditional common law maxim acta probant sese ipsa (documents prove themselves) applies to the South African legal system. Furthermore, legislation prescribes the formalities for the legally valid execution (signing) and attestation (witnessing) of documentation when signed in South Africa. However, it stands to reason that the said maxim cannot be applied in respect of a document which has been executed abroad for use in South Africa, without grossly and perhaps even unfairly, burdening the person bearing the responsibility of judging the authenticity of the document merely on sight value.

In order to circumvent this problem, the High Court Act 59 of 1959 prescribes in Rule 63 of the High Court Rules of Court (hereinafter referred to as rule 63) the formalities to be complied with regarding documents which have been signed outside of South Africa.

Like South Africa, other countries also have legal systems prescribing formalities which must be complied with regarding such documents. It is to be anticipated that the inherent diversity of the respective different legal systems resulted in a complicated chain of authentication procedures, constituting it its entirety the legalisation of foreign documents (foreign documents to be interpreted as documents signed outside the borders of a country for use within such country). With the Hague Convention of 5 October 1961 Abolishing the Requirement of Legalisation for Foreign Public Documents (aka as “The Apostille Convention”, but hereinafter referred to as the Convention) a basic simplification of the rigorous series of formalities was brought about.

The practical implication is that documents that are signed outside of South Africa for use in South Africa, must be duly authenticated, which authentication may be effected in terms of either the said rule 63 or the Convention. Conveyancers and deeds examiners alike periodically receive documents (especially powers of attorney) which have been signed abroad and are to be used in support of transactions to be registered in a South African deeds registry.

A document which was signed abroad but not duly authenticated ought not to be accepted for, or in support of, registration of a transaction, unless sound motivation for an exception to the rule exists. Rule 63 may be applied to documents signed in any foreign country, while the applicability of the Convention procedure is limited to certain countries. Furthermore, rule 63 provides a less cumbersome procedure for some countries as an exception to the general requirements applicable to all other foreign countries. In addition, rule 63(4) provides the registrar of deeds with the discretion to accept a document that does not fully comply with the requirements set for authentication. With different authentication procedures applicable to certain countries and with each of the registrars of deeds having the discretion to accept or decline documents not complying with the requirements, it stands to reason that a uniform practice for deeds registries is nothing but pie in the sky. Therefore, it is imperative to know and understand the different procedures and requirements, as well as the applicability of each.

For easier differentiation and reference, the following distinction may be made: –

2.1 Countries to which it applies

– The United Kingdom of Great Britain and Northern Ireland (England or Ireland);

2.2 Procedure to be followed

The applicability is limited in two ways, being:

3.2 Countries to which it May be Applicable

Since the Convention may still afford membership to states, and membership may be terminated, the inclusion of a list of member states is deemed inappropriate (it could be misleading) and rather impracticable. However, an updated list of member states may be obtained from the official website of The Hague Convention, of which the url is: http://www.hcch.net. It is advised that, whenever confronted with a foreign document, the list available on the website is accessed for purposes of determining whether the country concerned is (still) a member state, rather than trying to memorise the list of member states or keeping such list filed as hard copy.

3.3 Procedure to be followed

4.1 Countries to which it may be applicable

This procedure may be followed in respect of documents signed in any country other than South Africa.

4.2 Procedure to be followed

The document must be signed by the signatories; and

Authentication of the document by means of a certificate attached to the document, which certificate must be issued and signed by; and bearing the seal of office of, any of the following:

The head of the South African diplomatic or consular mission; or

a person in the administrative or professional division of the public service serving as a South African diplomatic, consular or trade office abroad; or

the consul-general; consul; vice-consul or consular agent of the United Kingdom.

Example of the certificate of authentication in terms of Rule 63

6. Documents Executed in the Antarctica

Any document executed in Namibia for use in South Africa cannot be duly authenticated before a notary, however, the formalities as prescribed by The Hague Convention dated 5 October 1961 may be followed, as Namibia is a party to the Convention (see RCR 46 of 2011).