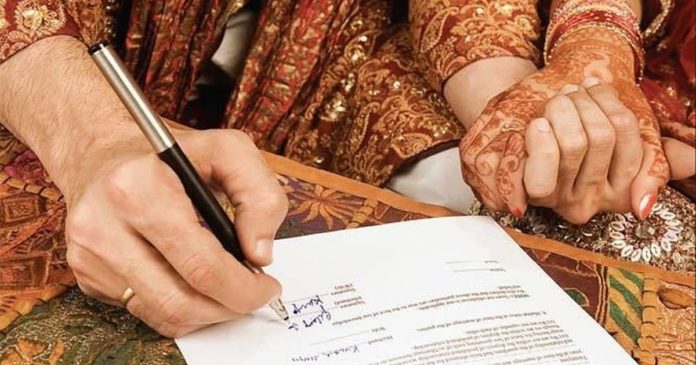 Section 17 of the Deeds Registries Act 47 of 1937 refers only to marriages recognized by our law, and polygamous marriages not recognised by our law are not regarded as valid marriages under Roman-Dutch law (see Sedat’s Executors v The Master of the Supreme Court (Natal) 1917 AD 302).

Section 2 of Act 22 of 1914 provided for marriages between Indians to be registered provided:

The past tense has been used in the previous paragraph because section 2 of Act 22 of 1914, as amended, was repealed by section 1 of the General Law Amendment Act 80 of 1971. The effect of registration was to bring about a valid and binding marriage between the parties from the date when the union was contracted. The parties had to be domiciled in South Africa at the date of their joint application for the registration of the marriage.

The consequences flowing from such marriages are determined from the date of registration of the marriage, and are as follows:

The consequences flowing from the marriage depends on domicile of husband at the date of the union.

If the husband was domiciled in South Africa (excluding KwaZulu-Natal), community of property will ensue. (No ante nuptial contract could be entered into subsequent to the union—except a postnuptial contract in Natal prior to Act 50 of 1956.) Vesting therefore in the past could not be made in the woman’s name in provinces outside of Kwa Zulu- Natal.

No marriage can be registered because section 2 of Act 22 of 1914 was repealed from the above date.

To prove a marriage as described above the responsible practitioner must obtain a certified copy of the marriage certificate and, in the case of a marriage registered before 1 January 1964, in addition an affidavit by husband and wife attesting as to the husband’s domicile at the date of the union and the laws governing the marriage.