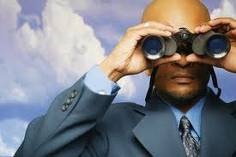 Korbitec’s Attorney Activity Index analyses the number of property instructions occurring between buyers, sellers, banks and attorneys. Korbitec services 80% of South African attorneys’ offices with its software, which means that its index – which offers a snapshot of the current property transaction pipeline – is one of the best property forecasting tools available.

“Our index clearly indicates that the current sluggishness in the market will remain in place,” says Dawie Verryne, Korbitec CEO. “There don’t appear to be any major macro economic events on the horizon likely to change the status quo, and so we expect things to stay roughly as they are over the medium term.”

Korbitec’s index shows that the sector picked up from September 2009 in terms of activities per business day, reaching a high in February 2010. Since then the number of transactions has remained flat, with an expected dip in the April holiday season.
“Activity was also low in June and July,” adds Verryne. “The FIFA world cup definitely impacted on general economic activity and property specific activity. Since August we’ve seen a return to the same levels as early 2010. In summary, the market isn’t changing, and we’re not seeing any growth.”

The Korbitec index shows that the gap between mortgage backed transfers and cash transfers is closing, however – indicative of an upswing in general economic conditions.
“During the height of global economic crisis the gap between cash and bonded transactions widened, and there was a definite dip in the number of loans approved by banks,” says Verryne. “But over the last year banks seem to have loosened their lending criteria slightly. This perception is confirmed when one looks at the number of bonds granted, which has increased relative to last year.”
While in earlier years interest rate cuts allowed consumers to consider spending more, the recessionary climate means that South Africa’s current run of interest rate cuts has served largely to allow consumers to address their debt, rather than increase spending.

“Personal debt levels are still high, so when one looks at the disposable income vs. debt equation, rate cuts have predominantly impacted on the debt side,” says Verryne. “Such has been the impact of the recession that disposable income remains low, and consumers are generally still cautious, especially when it comes to major capital expenditures such as property. That said, current activity will more than likely be sustained, and we don’t predict a further drop in activity.”

According to Verryne, in the absence of major macro economic shifts, regular, baseline market activity will keep the sector stable over the medium term. In addition, as personal cash reserves build up and as banks relax their lending criteria, gradual growth improvements should occur – but Korbitec doesn’t expect higher than single digit growth for some time.
So, in a sluggish market, all players will need to work harder to keep their property ship steady. But Verryne also points out that the sluggish market context presents important opportunities to improve operational ability.

“It’s an opportunity to work smarter,” he says. “We’re seeing a lot of players looking to optimise how they operate, to cut costs and improve their service levels. Estate agents are cutting print costs and moving online, for example, while banks are looking to improve their communication systems and anti-fraud measures through better communication with their attorney panels. Attorney firms, in turn, are also looking for ways to produce the same outputs using fewer resources and better systems. The players that utilise the opportunities for improvement that currently exist will be best positioned to take advantage of strong growth when it occurs.