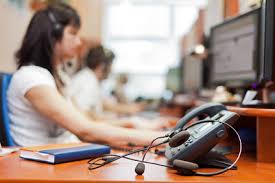 There are many companies that long for the days where landlines were still the norm, particularly when it comes to debt collecting. Because landlines were analogue and geographic in nature, which meant that callers had no idea who has ringing and whoever was calling knew or could find the address that landline was attached to, people were simply more likely to answer their phones.

Close to 30 million South Africans regularly use mobile phones, whilst only 5 million own landlines. This has left the majority of the population able to not only travel freely, but to identify callers. The average cellular phone number is also anything but permanent, with average users changing their numbers every 9 months or so.

Needless to say, the days of merely dialling as many numbers as quickly as possible are gone and call centers have be more strategic than ever before.

“Smart diallers have changed the way call centers operate – for the better. Agents are more productive, and actions such as debt collection and sales rates are improving, because of its intelligent approach,” says Jed Hewson, director of 1Stream.

Smart diallers are equipped with different modes, including predictive dialling. “This prevents calls go through to blocked numbers or voicemails from going to the agent, essentially allowing more calls to be placed because they don’t have to field constant dead ends,” Hewson explains. “Power and preview modes can respectively display the script and dial the call, or display the script without dialling to allow the agent in question to prepare. Both have been found to improve productivity.”

The smart predictive mode is crucial to improving “hit rates” in terms of debt collection and sales, Hewson explains. “It’s not about simply dialling numbers, but about dialling at a time when the caller is most likely to pick up, such as a preferred call time provided by the customer, or based on historical reports of interactions,” he says. “It’s not about the phone number, but about the customer record – their various communication channels, their preferences. Smart diallers avoid persistently using the wrong methods of reaching out to customers.”

The smart dialler can issue tasks based on the exact interaction needed. “Let’s say a company has not received payment on a debt and the payment is only overdue by a few days. There is no need to use your most expensive resource – your agents – to chase that payment up with a phone call when an agentless message serving as a reminder to the customer will do. Thereafter, if the reminder was not successful, calls can be scheduled accordingly.”

Functionality such as dialler optimisation can reduce the average waiting time between dialling to less than 4 seconds. This is crucial, says Hewson. “If you expect your agent to make a hundred calls a day, and the wait between calls amounts to 60 seconds or more at a time, you’ve essential wasted close to two hours of time that could have been spent productively.”

Smart diallers, then, can be one of the quickest means of eradicating inefficiencies in a call center environment. “The technology, as part of a hosted solution, can be deployed in a matter of days,” Hewson says. “And as call dodgers become smarter, so should call centers.”