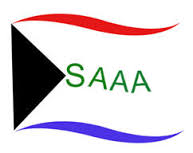 The South African Attorneys Association (SAAA) through its chairperson, Praveen Sham, notes that the Legal Practice Bill, which was passed by the National Council of Provinces (NCOP) National Assembly (NA) in March 2014, is still awaiting President Zuma’s signature.

It has now transpired that the delay could be attributed to a petition by the Democratic Alliance (DA) to President Zuma to refer the Bill back to the NA for reconsideration in terms of section 79 of the Constitution, because it claims that the majority of provinces in the NCOP did not vote in favour of the Bill, as required by section 65.

The minutes of the NCOP sitting of 5 March 2014 indicate that the provinces of Gauteng, Limpopo, Northern Cape and North West voted in favour of the Bill, but according to the DA the Gauteng Provincial Legislature did not at a plenary session confer authority to its delegation at the NCOP to vote on the Bill, as required by the relevant legislation and standing rules of the Legislature. The DA therefore submits that the Bill has not been properly passed and it urges the President to refer the Bill back to the NA or to run the risk of litigation over the issue.

The President’s office indicated that the DA’s petition has been referred to the Legal and Executive Services Unit of the Presidency and that it will be taken into consideration before the President exercises the power vested in him in terms of section 79(1) of the Constitution. This section provides that if the President has reservations about the constitutionality of a Bill, he is required to refer it back to the NA for reconsideration instead of signing the Bill.

Whilst the SAAA cannot comment on the alleged lack of authority of the Gauteng delegation at the NCOP, it has previously expressed its concern about the fact that despite detailed written and verbal submissions made to the NCOP at various provincial hearings, none of the concerns raised by the SAAA on issues of substance, especially the independence of the legal profession, the interests of the legal practitioners and fees for legal services, found their way to the amendments to the Bill.

The SAAA is also concerned about the prospect of a long delay with the promulgation and implementation of the Bill. The legal profession and the public needs certainty about the future regulation of the profession and a smooth transformation of the existing regulatory structures to the new dispensation, is essential.

The SAAA therefore urges the President to carefully consider the submissions and if there is any doubt about the validity of the NCOP’s decision, to refer the Bill back to the NA in terms of section 79, rather than to run the risk of drawn-out and costly litigation in court.

The SAAA remains committed to co-operate with all stakeholders to ensure a smooth transition into the new dispensation, in the best interests of the legal profession and the public it serves.

Issued on behalf of the chairperson of the South African attorneys association, Praveen Sham