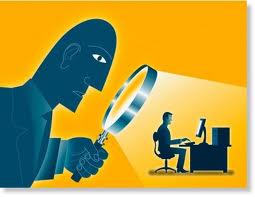 The General Intelligence Laws Amendment Bill (GILAB) also known as the ‘Spy Bill’ , has been adopted by both the National Assembly and the National Council of Provinces and it was submitted on 3 June 2013 to the President for assent.

The main aim of the Bill is to amend three principal Acts of Parliament (National Strategic Intelligence Act, No 39 of 1994, Intelligence Services Oversight Act, No 40 of 1994, Intelligence Services Act, No 65 of 2002) which relate to security services and to repeal the obsolete Electronic Communications Security (Pty) Ltd Act, No 68 of 2002. The amendment of existing legislation and the repeal of obsolete legislation will accommodate the establishment of the State Security Agency which will absorb a number of intelligence structures that have proliferated under these Acts over the years.

Whilst the provisions of the Bill are largely technical in nature, it is not uncontentious. The earlier version of the Bill contained provisions that would permit the State Security Agency to collect and analyse so-called ‘foreign signals intelligence’ in a manner ‘prescribed in terms of Intelligence Services Act, No 65 of 2002’. The definition of foreign signals intelligence in the earlier version of the Bill was wide enough to incorporate all electronic communications that takes place using applications running on servers outside of South Africa such as Gmail, Yahoo, Skype, Twitter and Facebook to mention but a few.

During deliberations in the Ad Hoc Committee on GILAB the Minister of Safety and Security unequivocally stated that the provisions of the Regulation of Interception of Communications and Provision of Communication Related Information Act (RICA) only apply to domestic signals. Inevitably any use of the Internet will involve the exchange of signals that originate outside our borders which, it would seem, can be intercepted, insofar as the security services are concerned, without a warrant.

Submissions were made during deliberations in the Ad Hoc Committee by opposition parties and members of the public that the draft Bill be amended so that the collection and analysis of foreign signals intelligence be made expressly subject to the provisions of RICA. This was resisted by ANC members of the Ad Hoc Committee primarily on the basis that RICA might prove an impediment to the ability of the security services to respond swiftly and with agility to threats to national security.

The definition of ‘foreign signals intelligence’ was ultimately omitted from the version of the Bill that was presented to, and passed by, Parliament in May 2013 effectively avoiding lengthy debate on whether such signals should be subject to RICA. According to the Ad Hoc Committee record of deliberations, the Minister was prepared to omit the definition as ‘classified regulations’ apparently exist governing the interception and monitoring of foreign communications. These regulations were not made available to the Ad Hoc Committee (or to any member of the public) due to their classified nature.

In the absence of any express legislative requirement subjecting the interception and monitoring of foreign communications to the provisions of RICA, it seems foreign signals will continue to be intercepted by the state security structures without any form of judicial oversight for the foreseeable future.

The stated existence of internal classified regulations governing the interception and monitoring of foreign communications is of little comfort as it is impossible to assess whether sufficient safeguards are contained in these regulations to protect unnecessary and unjustified limitations on the right to privacy (which includes the right not to have private communications infringed). It is also impossible to assess whether these regulations and any internal procedures that might exist are sufficient to ensure that security services discharge their Constitutional obligation to comply with the terms of the Constitution, national laws and international obligations.

There are circumstances where it is indeed reasonable and justifiable for security services to intercept and monitor foreign signals in the interests of national security. The South African state is however founded on the values that underlie an open and democratic society. In a constitutional democracy it is undesirable that regulations permitting the limitation of the right to privacy be shrouded in secrecy. Even if the regulations provide for internal oversight and notwithstanding that the security services are required to act in accordance with the Constitution, judicial oversight is a far better safeguard of fundamental rights and need not necessarily be a hindrance to the ability of the security services to respond to threats to national security.

In a constitutional democracy it is appropriate that the public be informed of the circumstances in which their communications may be intercepted and monitored and of the constraints that are imposed on the security services to prevent unnecessary and unjustifiable infringements of fundamental rights.

In the final analysis, it would, in our view have been preferable to retain the definition of foreign signals intelligence and to have made the interception and monitoring of those signals subject to RICA.