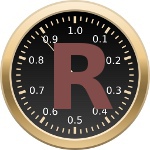 It is called “Leaving Money on the Table”, when you could charge more for your services, but you don’t for whatever reason. The extra revenue which you could generate without doing anything extra, with very little resistance from your clients, is “money left on the table.”

I think we all fear our clients’ reaction when we increase our rates, we also don’t always know what the other firms are charging and worry about our client moving to another firm for a better rate. A survey to illustrate what others charge per hour is a real diamond in any service related business, this way you can see the amount of “money left on the table”. 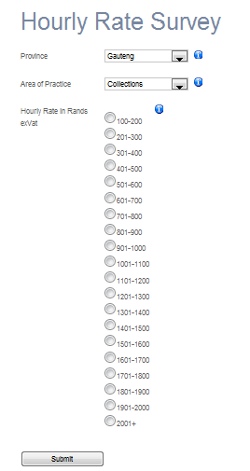 So without any further ado herewith the results from our Hourly Survey. Thank you to the 268 law firms who took part, your three seconds donated to the survey is greatly appreciated.

A quick overview of the three questions (image of the survey form on the right):

On the feedback of the stats, we scrapped any feedback that had less than 6 responses per area of practice.

On the statistic for “Average Hourly Rate per Region” we caped the rate at R2000, which may have obscured the results a bit, as when somebody clicked the “R2000+” option, they may have been trying to indicate a charge of R3000 – but for our stats we needed to cap the amount at R2000. Our survey next year will start a little higher than R100 and will have a top end of R3000 – might be good to tell me if R3000 is enough for the top end of the scale!

From here on I show a lot of graphs, but to be honest they give a better picture that I could hope to achieve.

Our first graph indicates the average hourly rate per region across all areas of practice, the graphs dedicated to each area of practice follow below. 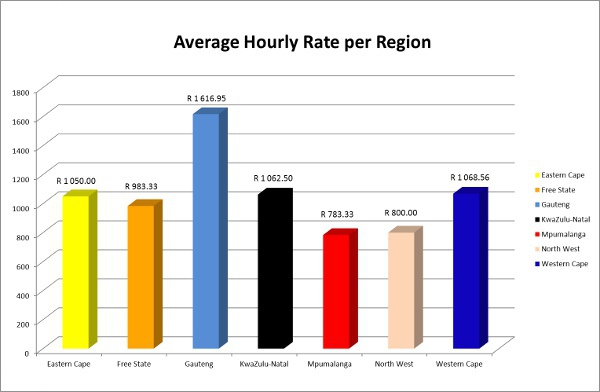 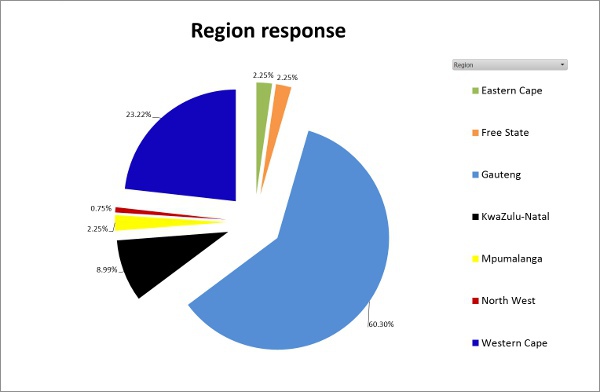 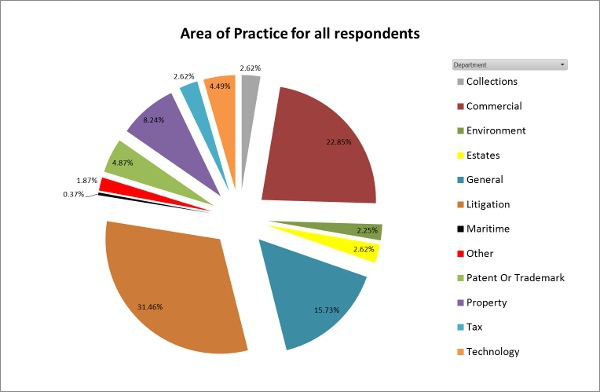 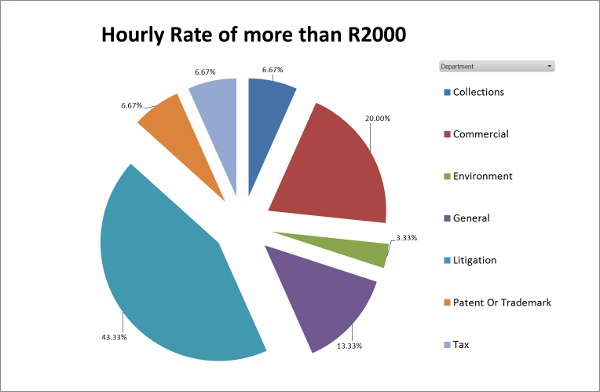 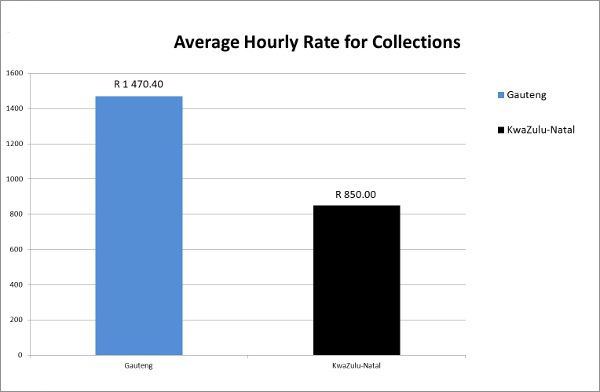 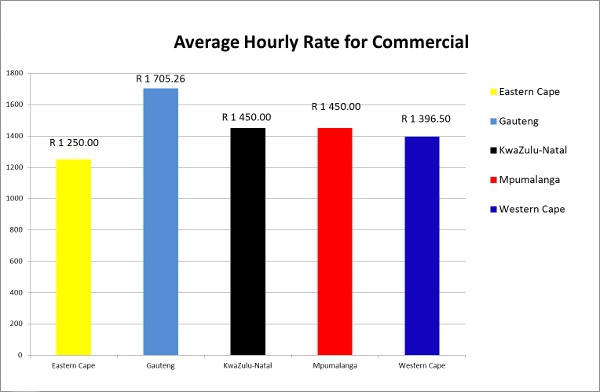 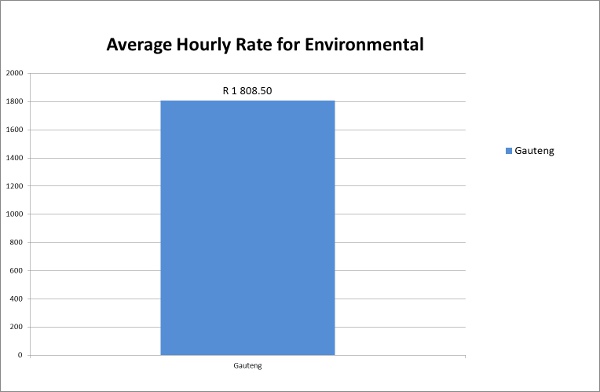 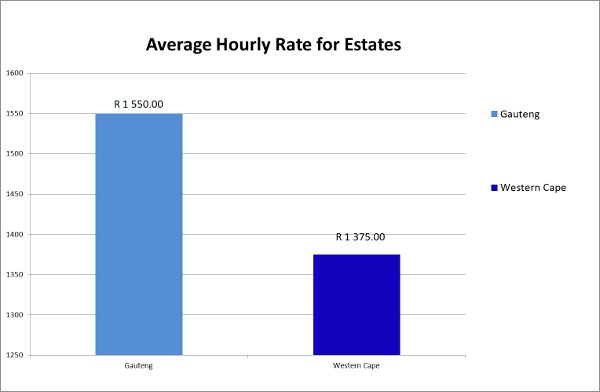 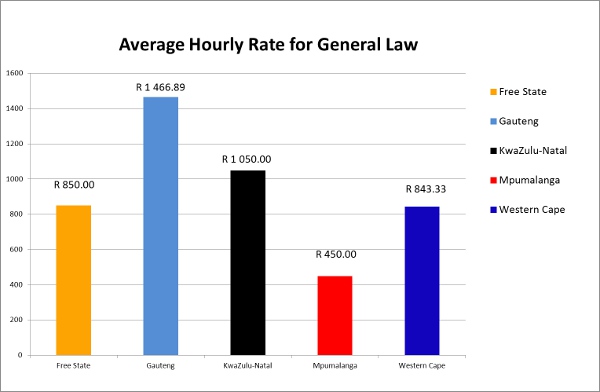 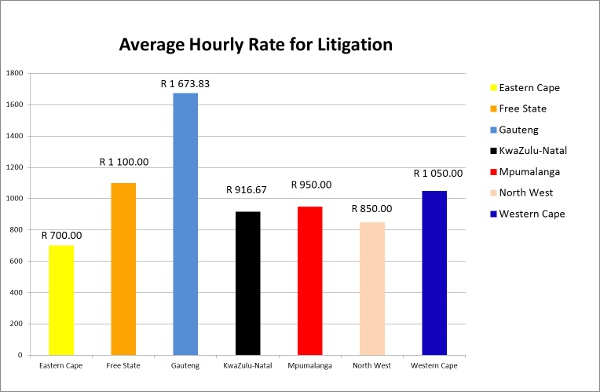 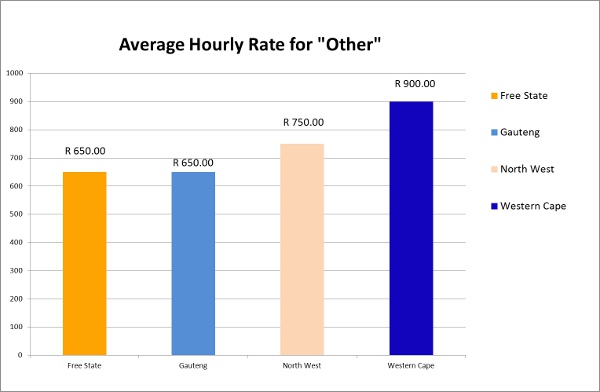 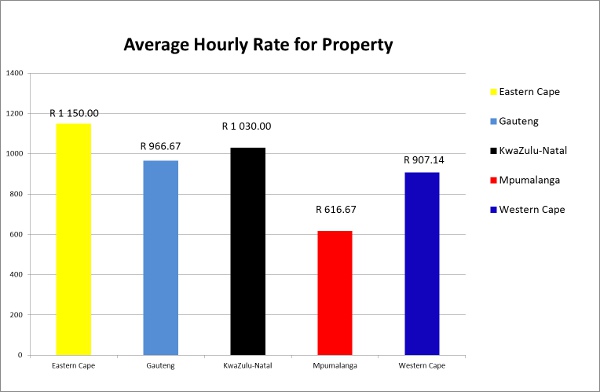 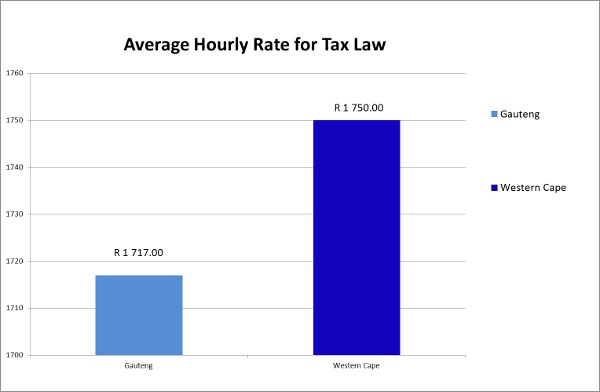 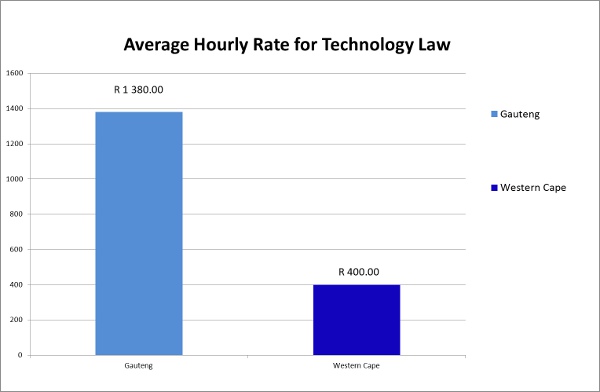 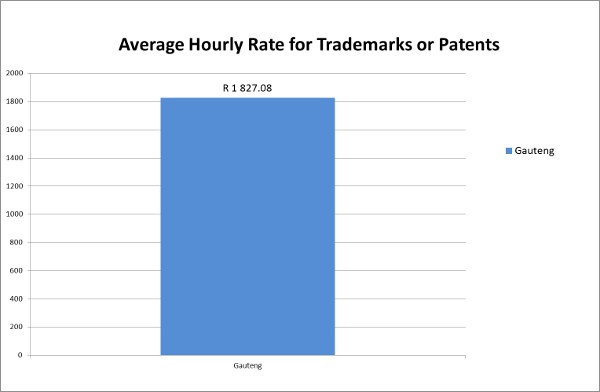 Well the above graphs should tell you a lot about the hourly rates and hopefully allow you to take some of that money off the table;-) The hourly rate is always a contentious issue and we expect your opinions below – hopefully spark some interesting debate on hourly rates and maybe whether billing should be per matter or per item instead of the traditional hourly rate!

Contributed by the Attorneys of South Africa
Put into pretty pictures by Malcolm Pearson
Published by www.tech4law.co.za 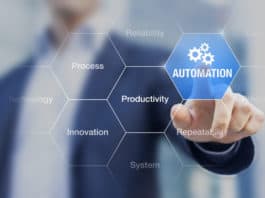 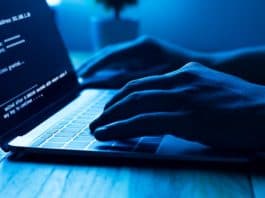 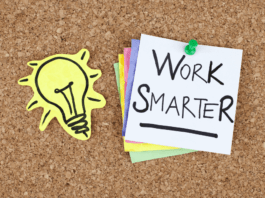