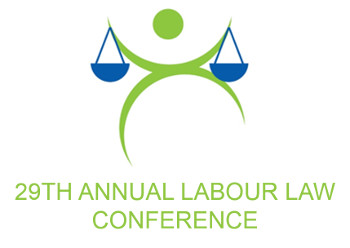 #Unemployment Must Fall: Meeting the Challenges of a Labour Market in Crisis is the subject of the 29th Annual Labour Law Conference (ALLC), taking place at Emperors Palace – the conference’s new home – from 24 to 25 August 2016.

With South Africa’s latest available unemployment statistic sitting at around 25 percent, coupled with political turmoil and the economy under threat of a downgrade to junk status, the topic couldn’t be more apt.

Jointly organised by the Universities of Cape Town, Witwatersrand and KwaZulu-Natal, and facilitated by The Conference Company, the ALLC is the largest of its kind in Southern Africa attracting some 600 to 800 professionals from around the country annually.

Nicci Whitear-Nel, Senior Lecturer at the University of KwaZulu-Natal’s School of Law, said: “This year’s conference includes a heavyweight line up of government leaders, among them Advocate Thuli Madonsela, who will speak on ‘Navigating job creation and corruption’. Other burning issues to be tackled include youth unemployment, challenges facing trade unions, retirement reforms, emerging trends in retrenchments, the national minimum wage and the implications of the water crisis for the labour market.”

Labour broking will also be under the spotlight and the conference will include insights into the example of the SA Post Office with an address entitled ‘Short-term financial savings, long-term industrial relations shambles: The experience of using labour brokers in the SA Post Office’ by Prof David Dickinson of the Department of Sociology at the University of the Witwatersrand.

Labour law specialists, trade unions, government officials, HR managers, labour practitioners, lawyers and business leaders will bring themselves up to date on the latest cases in collective labour law, procedural law and individual labour law, and the impact of the 2014 amendments to the Labour Relations Act on job creation. Together they will debate and seek solutions to meet the challenges facing South Africa during this difficult time.

The 29th Annual Labour Law Conference will be opened by Judge Basheer Waglay and the keynote address will be delivered by Mr Lesetja Kganyago, Governor of the Reserve Bank.

For bookings or more information on the 29th Annual Labour Law Conference to be held from 24 to 25 August 2016 at Emperors Palace, Kempton Park Gauteng, contact Erin on 031 303 9852 or email erin@confco.co.za. Alternatively, visit http://www.annuallabourlawconference.co.za/