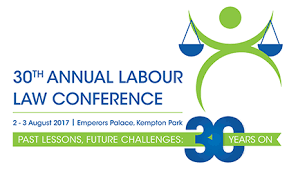 Advances in digital technology such as smartphones, tablets, laptops and desktop computers which enable employees to work at home and elsewhere are rapidly transforming the traditional model of work. The use of such technology has enabled employees to work ‘anywhere, anytime.’

Employers tend to encourage it, as it is perceived to increase productivity and performance. And employees are generally in favour of such developments because it gives them greater spatial and temporal flexibility. There is evidence that it can improve work-life balance, reduce commuting time, and increase productivity, but it can also potentially result in employees’ working longer working hours, working at a higher intensity and it can interfere with the work-home divide, which is essential for employees’ well-being.

This is according to a new joint International Labour Organisation (ILO)-Eurofound report released on 15 February 2017. Eurofound is a Dublin-based research group. The new report entitled ‘Working anytime, anywhere: The effects on the world of work’  focuses on employees who use new technology to work outside of the employer’s premises and often outside of regular working hours. The data for the report are drawn from 15 countries, including Argentina, Brazil, India, Japan and the United States, as well as ten European Union countries. The report showed that Finland, Japan, the Netherlands, Sweden and the US have the highest incidence of employees working off their employer’s premises. Overall, at least 40% of employees were found to do some form of work outside their employer’s premises and after hours. This was mainly related to telephone calls and email communications. Managers and professionals are most inclined to do this sort of work, but it is also prevalent among sales staff and clerical workers. The majority of such workers are male.

The report highlights a number of positive effects of this type of work. For example, greater working time autonomy leads to more flexibility in terms of the organisation of working time which is particularly advantageous for employees with duties to care for children or the elderly. Reduced commuting time can also be a significant benefit. Together, this can result in an improved work-life balance and higher productivity. In addition, business continuity can be maintained in times of natural disaster and office expenses can be reduced. However, the report also identified some problems with “the encroachment of work into spaces and times normally reserved for personal life.” These disadvantages include a tendency to work longer hours, at a higher intensity and an overlap between paid work and personal life – which can lead to psychosocial problems such as family conflict, high levels of stress and burn-out.

The report identifies three different types of workers who fall into the category of workers being discussed. There are home-based workers, who seem to enjoy better work-life balance overall. This category comprises mostly women. There are also ‘high-mobile’ workers who are more at risk of negative health and well-being outcomes. ‘High mobile’ workers are those who constantly work in different locations. The report also identified those who divide their time between their primary office and another site. All three of those groups reported higher stress levels and more incidents of insomnia than those who always work at their employer’s premises. The ‘high mobile’ workers were the most prone to stress and insomnia, at levels way in excess of their office-bound counterparts. “This report shows that the use of modern communication technologies facilitates a better overall work-life balance but, at the same time, also blurs the boundaries between work and personal life, depending on the place of work and the characteristics of different occupations,” said the ILO’s Jon Messenger, co-author of the report.

Oscar Vargas, from Eurofound, commented that “It is particularly important to address the issue of supplemental work performed through modern communications technology, for example additional working from home, which could be viewed as unpaid overtime, and also to ensure that minimum rest periods are respected, in order to avoid negative effects on workers’ health and well-being.”

There is evidence that people need some face-to-face contact with colleagues, but there are times when physical isolation and autonomy offers the best scenario for successfully completing a task. There may be fewer interruptions, and more continuity of work. Obviously individual characteristics like motivation and skill also play a role in determining whether flexible working arrangements enhance productivity. “Two to three days working from home seems to be that sweet spot,” Jon Messenger told reporters in Geneva.

The ILO encouraged governments to develop policies for governing the technological revolution in the workplace, referring to a new French labour code provision that enshrines “the right to be disconnected” and a growing practice among some companies to shut down servers to stop emails during designated rest times and holidays. They suggest that this could ensure that the benefits of the technological revolution in the workplace could be harnessed without any negative effects on employees’ health and well-being. A key issue is whether work outside the workplace substitutes for it, or merely supplements it. The latter is more problematic.

This year is the 30th anniversary of the Annual Labour Law Conference (formerly organised under the auspices of Lexis Nexis South Africa, now under the mantle of The Conference Company partnered with UKZN, Wits and UCT). With the theme of “Past Lessons, Future Challenges: 30 years on”, you can expect to hear presentations on a wide range of labour related topics including workplace trends and technology. The conference takes place from 2 to 3 August 2017 at Emperors Palace in Kempton Park. It is the largest gathering of its kind in Southern Africa attracting some 800 professionals from around the country annually. For bookings or more information on the 30th Annual Labour Law Conference, visit www.annuallabourlawconference.co.za

Nicci Whitear (BA LLB) is a Senior Lecturer at the University of KwaZulu-Natal’s School of Law.  She practiced as an attorney before joining the university. She maintains links with the legal profession, and believes this is beneficial to her and to her students as it feeds both her research and teaching functions. She has written four books and is also qualified as a Commissioner of the Commission for Conciliation, Mediation and Arbitration. She is also presently a consultant at Austen Smith attorneys in Pietermaritzburg.