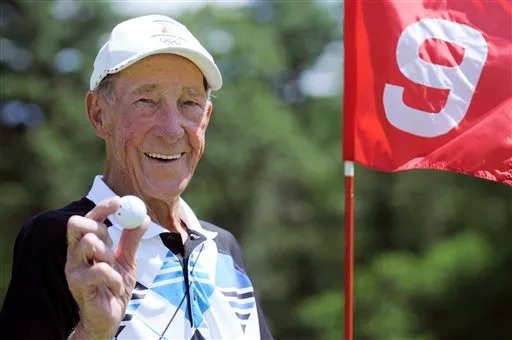 A 90-year-old golfer tells his wife that he is quitting the game.

“Well, it’s my eyesight. I can’t see where the ball goes after I hit it”.

The wife wanting to make sure he is away from the house as much as possible says, “Listen, you can go with my brother Pete. He might be 103 years old but his eyesight is perfect.”

He agrees and finds himself on the golf course with his brother-in-law. He takes aim and hits a powerful shot that speeds off like a jet.

The golfer says, “Well, where is it then?”

You should have seen that one coming!!!