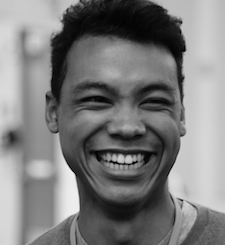 In keeping with their continued support of LIASA, Sabinet was this year proud to sponsor the LIASA Librarian of the Year 2017 2nd Runner-Up Award. Hearty congratulations go to Jeremiah Pietersen on his richly deserved achievement.

Currently the Junior Librarian for Subscriptions at UCT, Jeremiah has been described as a hidden hero – quietly making a difference both in his place of work, and within the LIS sector. He completed his Masters in 2015 and is currently busy with his PHD. His focus is on academic libraries and he has successfully presented at several conferences, including a pre-conference workshop on social media at LIASA.

Jeremiah has a keen interest in Open Access. He has been at the forefront of getting SPARC Africa off the ground, serving as the interim secretary. In 2015 he was selected to attend OpenCon (2015) and then represented SPARC Africa at OpenCon (2016). He was also a core member of the local organising committee for the IFLA ARL Satellite Meeting in 2015.

Within the Western Cape LIASA branch, Jeremiah makes a valuable contribution as Newsletter Editor and Social Media and Advocacy Officer.  He currently serves at national level as the editor for LIASA-in-Touch.

This Western Cape Librarian may have ‘junior’ in his title, but his research interest in academic libraries, research support and the new skills needed by academic librarians to provide support in digital scholarship, make him a solid role model for the younger members of the LIS sector.

With a sound performance history of over 30 years, Sabinet has firmly established itself as a leader in facilitating access to a wide spectrum of high-quality and credible information sources. Over the course of the last three decades, Sabinet has built a strong local and international reputation for providing Africa’s information to the world and the world’s information to Africa.