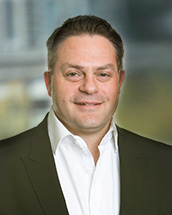 Global law firm Baker McKenzie has announced Morne van der Merwe’s appointment as managing partner of its Johannesburg office. In addition, Darryl Bernstein has been named as the new head of Dispute Resolution; Nick Altini is the new head of the Competition & Antitrust practice and Kieran Whyte was recently appointed Head of the Energy Mining and Infrastructure (EMI) practice.

Morne van der Merwe explains, “As managing partner I am looking forward to building on our success of the last five years and taking our South African and African practices to a new level.  Having grown the team from 16 in 2012 to 53 today, we need to make sure our strategy is the right one for a new and highly competitive environment.

“We are confident we have the right people in place with the right attitude to best position and equip us to deliver on modern client needs. We have lawyers who understand our clients’ unique challenges and who can help them to navigate an increasingly uncertain world. In Africa, the combination of our local knowledge and global reach is especially important given the current uncertain deal making and business environment. Being able to deal with this uncertainty means having lawyers in the correct practice groups who have relevant industry knowledge, as well as exposure to the international cross-border environment. A robust industry focus is an important part of our strategy as it helps us to better understand the environment in which our clients operate and what keeps them awake at night,” he says.

The current head of Dispute Resolution, Gerhard Rudolph, is leaving the firm, along with some members of his team. Newly appointed Dispute Resolution Head, Darryl Bernstein will lead the practice of 15 lawyers, with fellow partners John Bell and Sonia de Vries.

“We want to take this opportunity to thank Gerhard and wish him well in his future endeavours,” says van der Merwe.

Bernstein says that there are inherent risks in entering into cross-border deals in emerging jurisdictions and as a result, disputes are increasing in Africa. On top of this, investors in Africa are facing a growing number of laws and regulations in each of the countries in which they do business. Cross-border legal compliance has become so complex, that multinationals are now citing it as one of their biggest business risks and a brake on profits,” he says.

Competition & Antitrust Head, Nick Altini, who will be assisted in the management of the practice by newly appointed partner, Lerisha Naidu, will focus on growing the practice into Africa. Altini has acted for local and international clients in numerous high-profile competition matters. Prior to joining Baker McKenzie, he headed the competition practice of one of South Africa’s largest law firms.

“Businesses must ensure their internal compliance programmes are rolled out and adhered to so that they do not fall foul of competition law enforcement in Africa. Around half of the continent already has competition legislation in place, although some systems are not yet operational,” he says.

Whyte adds that political and economic uncertainty is also affecting the South African energy and infrastructure sectors, “Better formulation and implementation of legislation and policies both in the energy sector, as well as other sectors that interact with the energy sector including the mining, industrial and commercial sectors, will help to restore confidence in South Africa as an investment destination. Sub-Saharan Africa is also a key area of interest.”

Sabinet proudly supports equal rights for women in the workplace