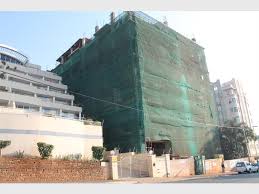 Considering all the recent hype around the building at 317 Currie Road it may be helpful for the public to understand the simple and well established legal principles in town planning which have thus far not been emphasised. The present situation is governed by the National Building Regulations and Building Standards Act No 103 of 1977 (‘the Act’) and the Town Planning Ordinance No 27 of 1949 (‘the Ordinance’).

Once the municipality is satisfied with the explanation, and that the notice has, in its opinion, been served on ‘interested persons’, it will, quite simply, allow the rezoning in question. Ultimately though, and importantly in this particular matter, it is the municipality, not the applicant, which grants the rezoning.

Once the rezoning has been approved the developer is required, in terms of S 4 of the Act, to obtain approval for construction of the building from the municipality. Section 7(1) of the Act enjoins the municipality to approve the plans once it is satisfied that they comply with the provisions of the Act and with the provisions of the Town Planning Scheme, which compliance is achieved when the rezoning is passed.

But, if problems should later arise regarding the rezoning, the question then is whether the developer is obliged to question what the municipality has in fact authorised in order to establish whether the approval of the rezoning was procedurally correct or irregular. There is, however, a duty also on the developer to ensure that it follows the provisions of the Ordinance.

This article has been written by Megan Gedye an Associate in the Litigation Department at Garlicke & Bousfield Inc.

NOTE: This information should not be regarded as legal advice and is merely provided for information purposes on various aspects of construction law.