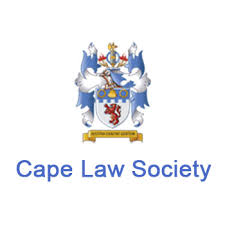 The baseless fraud charges filed against a sitting Finance Minister, Pravin Gordhan, during October 2016 and many other pending investigations against the President and senior members of government ostensibly on allegations of corruption, theft, fraud and other heinous crimes, signifies that South Africa is facing a constitutional crisis. These cases come at a time when the country continues to face the threat of a serious economic downgrade with far-reaching consequences for our collective future.

While the charges against Minister Gordhan were withdrawn within a matter of weeks for lack of evidence, there is widespread media speculation that prosecutors are still conducting an investigation into whether Minister Gordhan broke the law when he headed SARS almost a decade ago. The investigation relates to allegations surrounding the establishment of an investigative unit to spy on tax dodgers and people involved in malfeasance, fraud and corruption.

The Cape Law Society views these developments with great concern and trepidation, and calls on the Office of the NDPP not to do anything relating to the Finance Minister that further undermines the good standing of this office and the country at large. This is vital to the rule of law and constitutional democracy. This should in no way be construed as directly or indirectly suggesting that Minister Gordhan and indeed any senior government official is above the law or that there should be a special dispensation for them. On the contrary, it is the considered view of the Cape Law Society that all citizens are equal before the law and that nobody should ever have to face an ill-considered prosecution in the exercise of state power by the NDPP and those serving under him.

We note that Freedom Under Law and the Helen Suzman Foundation recently filed a lawsuit that was aimed at forcing President Jacob Zuma to suspend the NDPP, Mr. Shaun Abrahams and two of his staff for filing the unfounded fraud charges against Minister Gordhan. The High Court heard the case on 24 November 2016 and we further note subsequently dismissed same as the Court found that the Applicants had failed to make out a case for urgency on the papers. While we do not comment on the merits of this case, we believe that there is a sound rational basis for the President to launch an investigation into the conduct of the NDPP during the period leading up to and including the filing of the charge against Minister Gordhan and its subsequent withdrawal.

We further note that although the President has called on the NDPP to provide reasons why he should not be suspended and that the NDPP has since made such submissions, we nonetheless believe that the President would be remiss if he failed to carry out his constitutional duty to investigate the NDPP’s conduct in view of the profound impact that this had on the country’s economy in such a short space of time.

We urge the NDPP to submit to such an investigation by an independent and objective group of people, while maintaining a measure of decorum and integrity throughout.