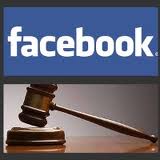 This judgment adds a new dimension to the forms of substituted service in South Africa, and bears evidence of the fact that our legal system is evolving in line with developments in technology and communication mediums. It also reflects similar approaches to substituted service adopted in the US, UK, Australia, Canada and New Zealand.
Interestingly, on 27 July 2012, the Uniform Rules of Court were amended to include Rule 4A, which now allows for service by facsimile, registered post and electronic mail. Judge Steyn held the view that these amendments to the Uniform Rules of Court set the tone for the application regarding substituted service via Facebook.
The Uniform Rules of Court set out the procedure to be followed in the event that service cannot be achieved in the ordinary course. Substituted service is the alternative that allows the applicant to seek the court’s permission to serve court notices in a different manner from the normal forms of service by means of an application to court. The judgment handed down by Judge Steyn identifies the allegations that typically need to be made in support of an application for substituted service, namely:
• nature and extent of claim;
• grounds on which the court has jurisdiction in respect of the claim;
• method of service which the court is asked to authorise;
• last known location of the person to be served;
• efforts to locate the whereabouts of the person to be served; and
• any information that will assist the court in deciding whether leave should be granted for substituted service and on what terms.
On the court’s satisfaction with the applicant’s efforts to try and locate the other party for the purpose of serving the court documents, the court may authorise an alternative method of service on the defendant.
The judgment handed down by Judge Steyn indicated that Mr Odendaal’s attorneys withdrew from the matter and did not leave a current address for Mr Odendaal for further service. Ordinarily the other party(s) to the proceedings would be advised of an alternative address where they can serve further court notices on the party whose attorneys have withdrawn from the matter. However, this was not the case in this matter and the plaintiff alleged that the defendant, Mr Odendaal, consistently attempted to evade service and various attempts to serve notices on the defendant were unsuccessful.
The court took into consideration the nature of Facebook as a social networking website, but noted that Facebook has evolved to the extent that it is now “…being used as a tool for tracing individuals and in some instances to bring information to the knowledge of those individuals concerned”. (Paragraph 9 of CMC Woodworking Machinery (Pty) Ltd v Peter Odendaal Kitchens (JOL 290203) KZD) The court decided that in light of the factual circumstances, a message sent via Facebook was an acceptable form of substituted service.
This constitutes a landmark technology-related judgment for South Africa, however, it is important to note that Judge Steyn emphasised that while the courts should be cognisant of social media platforms, each case must be assessed based on its particular circumstances. Parties to court proceedings will therefore have to carefully consider whether their specific circumstances warrant substituted service via Facebook.
Contributed by: