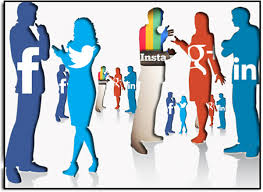 Facebook has become the biggest social network in South Africa, seeing its strongest growth yet in the past year – and overtaking Mxit for the first time.

Mxit, the previous market leader, has remained stable at a little more than 6-million users (see next section), as it feels the effects of competing instant messaging services like WhatsApp and 2Go, as well as from the growth of social networking on phones.
Twitter saw the highest percentage growth among the major social networks, from 2,4-million to 5,5-million – showing 129% growth in 12 months.

“The most significant finding, aside from the growth itself, was the extent to which social networks are being used on phones in South Africa,” says Arthur Goldstuck, MD of technology market researchers World Wide Worx. “No less than 87% of Facebook users and 85% of Twitter users are accessing these tools on their phones.”

“We can expect this number to grow even more dramatically in the coming year as Instagram becomes a popular app on Android phones, while Android itself is expected to grow significantly in South Africa in the coming year,” says Mike Wronski, MD of social network analytics company Fuseware.

* For more information or to order the report, request the executive summary by e-mailing arthur@worldwideworx.com