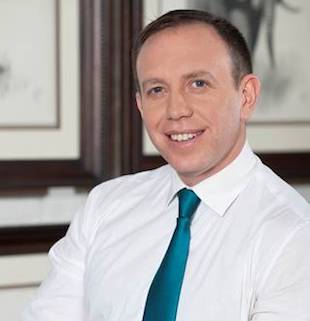 In South Africa alone, 16 million people use Facebook, 7.7 million are on Twitter and LinkedIn has 6.1 million users, according to the Ornico SA Social Media Landscape report for 2018. By simply using these platforms, all these millions of users unknowingly expose themselves to possible law suits, which could cost them hundreds of thousands of rands in legal defence costs or pay-outs if found guilty.

This is according to Simon Colman, Executive Head: Digital Distribution at SHA Specialist Underwriters (an authorised financial services provider and underwriting manager for Santam Ltd), who says statistics show that 85% of Facebook users access the platform via their mobile phone, up 77% from 2016. “Increased usage of social media platforms on mobile phones has even further increased the ease of with which people can post to any social media platform. It simply takes one, usually unintentionally, offensive post to spark an outrage on social media platforms, which can lead to major defamation or invasion of privacy legal actions.”

In order to make social media insurance cover accessible to all South Africans, even those who don’t currently have an insurance broker, SHA (as underwriting manager for the Insurer, Santam Ltd) has partnered with Surestart Online Financial Services – a licensed financial services provider – to make cover of R500 000 readily available for just R120 a year.

The policy (underwritten by Santam Ltd) covers the costs of the legal fees associated with defending oneself in court following an allegation of defamation or invasion of privacy while using any form of social media, he says. “If the policyholder is found liable by the court, the policy also pays the damages and if there are no prospects of a successful defence, the policy may pay out a settlement to the aggrieved third party without going to court.”

Colman explains that earlier this year, SHA launched the liability product called the Social Liability Insurance Policy (Slip-uP) through its traditional broker database, but the product is now available via the Surestart Online financial services website (www.slipup.co.za) who act as the digital broker intermediary obo SHA/Santam.
The policy will not cover the individual should they have published racial slurs on social media, he says. “SHA has specifically excluded defamatory or offensive comments relating to race, culture or religion as the underwriting manager believes that it would be against public policy to entertain such claims.”

He states that there are numerous examples where people have found themselves in hot water in social media communities for saying something they believed to be fairly innocuous, which was taken up in the wrong way. “It’s safe to say that any social media user could make a statement that is not meant to cause any harm but that may lead to public outrage, which can have devastating consequences for the individual. People just don’t realise that they are practically walking around with a digital publishing company in their pockets, without applying the same levels of sensibilities that a professional publisher or journalist would. To make matters worse, just retweeting or sharing someone else’s post on social media can put the individual in the chain of liability.”

“While it is vital for all parents to educate their children on the importance of being respectful and careful when posting on social media, slip up’s do happen. As a result, the policy automatically extends to cover the family as a whole. Children are often not aware of the real impact their digital footprint can have but this does not mean the parents aren’t in the firing line in court” he adds.”

In summary, the policy is a legal defence cover, ensuring that the accused party has access to proper legal counsel. Should the policyholder be found guilty of defamation or invading the privacy of a third party on social media, the policy covers the award made by the court. It is also then the responsibility of the individual to remove the offensive content from the internet or platform,” he explains.

Those interested in obtaining the cover should chat to their broker about adding the cover to their existing personal lines policies. If they don’t have a broker they can visit the Slip-up website to find out more.

RAF’s R300bn debt and other issues