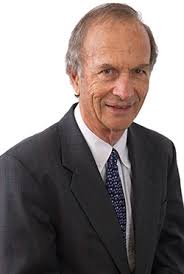 The Law Society of South Africa (LSSA) is saddened at the untimely passing of Pietermaritzburg attorney and former LSSA Co-Chairperson, Julian von Klemperer, on 9 January 2018 at the age of 71.

‘Julian played a crucial and prominent role in the discussions between 1996 and 1998 which brought the Black Lawyers Association and the National Association of Democratic Lawyers together with the four provincial law societies to embark on the transformation of the profession. He was one of the signatories, on behalf of the then Natal Law Society, of which he was president, to the LSSA’s constitution and was present at the launch of the LSSA in Parliament in March 1998.  His commitment to transformation was also evidenced by his inclusion in the delegation representing the attorneys’ profession before the Truth and Reconciliation Commission in October 1997,’ say LSSA Co-Chairpersons David Bekker and Walid Brown.

Mr Von Klemperer served as Co-Chairperson of the LSSA from 1999 to 2000 together with the late Judge Jake Moloi, who passed away in July last year.  He represented the attorneys’ profession on the Judicial Service Commission from 2003 to 2009.

Mr Von Klemperer was admitted as an attorney on 22 January 1969 and practised at his firm, Von Klemperer & Davis, until 1994 and then as Von Klemperers Attorneys until his firm amalgamated with Shepstone & Wylie, where he was a consultant until his death. He served on the then Natal Law Society council, and was its president from 1997 to 1999.

‘As we acknowledge Julian’s contribution to the profession, we also acknowledge the immense loss to his firm and clients, and mostly to his family. We extend the condolences of the attorneys’ profession to his wife Margaret von Klemperer, and his children Judy and Christopher,’ say Mr Bekker and Mr Brown.