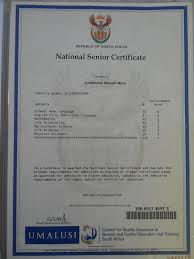 The announcement of the Matriculation Examination results with an increase in the percentage pass rate has been welcomed by some. However, there are serious concerns that Matric learners who enter the legal profession, lack certain basic skills which are needed, firstly, to cope with the LLB degree curriculum and secondly, to be able to practice Law.

The Universities have found that Matriculants entering University for their first year are lacking in numeracy and literacy skills and that unnecessary time has to be wasted on efforts to rectify these shortcomings, where University time should be devoted to degree studies. Students should be armed with the necessary skills when they commence their degree study.

Tests conducted amongst LLB students indicate that a great many lack such numeracy and literacy skills and are unable to do even basic tasks requiring numeracy and drafting knowledge. The percentage of University students who graduate after both 4 and 5 years is cause for concern and is a symptom of the problem. The standards expected of an attorney are high and the bar must not be lowered. Attorneys serve the public who have every right to expect a high standard of competence.

The standard of primary and secondary school education has deteriorated and this is where the problem lies. Where the RSA was previously one of the front runners in Africa, it is now well down in the table.

The acceptance of lower standards does neither the learner nor the country as a whole any justice.

There are of course some students who are gifted and able to lift themselves above mediocrity and do and will cope with the transition from Matric to University, but they are in the minority.

Drastic and immediate action is required at school level from Grade 1 to Grade 12 to rectify what is an extremely serious situation and the illusion of a high Matriculation pass rate needs to be put into proper perspective.