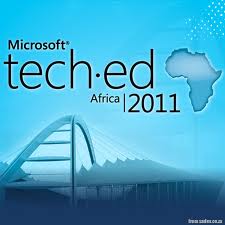 In the opening keynote Mteto Nyati, the Managing Director of Microsoft SA said that the focus at the moment for Microsoft was cloud services in both public and private sectors and then the devices used to either communicate or drive the cloud-based systems.

The conference was long, especially for someone like me who is neither a developer nor a computer dealer and looking for topics, trends or products that would serve attorney firms better. So I have compiled a very short summary for the legal technology group.

There were a few major factors that stood out as being import to attorney firms:
• Microsoft has fully embraced cloud services
• The Convergence and Connectivity of Devices
• Office 365 is getting a huge push
• Consumers are driving the connectivity to company networks.

Let’s have a look at each one of these in a little more detail.

Microsoft has fully embraced cloud services
The focus is about making the vast amounts of information available to the user though devices connected to the internet. Often in presentations, I heard them saying that what they were showing was also available through the cloud offering – often referring to Office 365.

The Convergence and Connectivity of Devices
Mteto Nyati mentioned in his opening keynote talk, that he was not concerned that people where attending the conference using “iDevices”, and that Microsoft loves the fact that people are using so many different devices connected through the internet.

If you look at devices that are being designed to run Windows 8, you will be amazed at the capability offered and how small these devices are becoming. The new ASUS super slim notebook is so slim, that you’ll worry about cutting yourself on the side of the case. With the use of solid state drives, less power hungry processors and clever use of power saving, the battery life of these devices is getting really impressive and practical (around 8 to 12 hours).

With systems like Lync 2010, systems once before operating separately, now can share common contact information and allow everyone in the organisation to communicate with ease – including your switchboard functions.

The drive now is to empower people with the information that is already stored, by displaying the Business Information in the best possible way, no matter what device they may be holding.

Office 365 is getting a huge push
Microsoft Office 365 is your current office productivity tools all wrapped up into an online/cloud based offering, allowing you to use the applications over a web browser. This product is to be release in South Africa in the next two months. It has been available in the USA for a few months now, and Microsoft are now rolling it out to other countries as fast as they can, but at the same time ensuring that it is rolled out correctly and with decent service delivery.

What makes this so special is that people in Small to Medium businesses will be able to utilise powerful Microsoft application before only afforded by larger corporate companies. Pricing for the Office 365 system varies, starting at $6 per user per month for a “Plan P” user – a company with less than 25 users. The base user price for a “Plan E” costs about $10 per user per month, but includes things like integration with Active Directory and caters for 26 to 1000 users. With “Plan E” you can have “Kiosk” users which cost $4 per user per month, which allow many users on the same PC, like 24 hour helpdesks, PCs on factory floors etc.

These online offerings are available 24×7 and are hosted by Microsoft themselves, so your security is taken care of at the same time. Also the availability of your documents is all available online, including your phone if you need it.

Although the current pricing is monthly rental, who knows, maybe the next type of billing will be based on the production of a document and attorneys will be able to disburse the cost to the customer 😉

Consumers are driving the connectivity to company networks
Research has shown that corporations can no longer dictate the brand of PC, operating system or device type the user will use. But an iPad user nowdays is asking the IT department to get it connected to the network, irrespective of old forgotten policies.

This creates a number of issues on the IT department side, but it is becoming one of the issues that they will have to deal with and find solutions to counteract the nightmare. Things that make this a little easier are cloud based applications.

Nokia and Microsoft
The biggie on the mobile platform is that Nokia and Microsoft have been working very closely on an operating systems for the Nokia devices over the last year, and that there is a big announcement at Nokia World tomorrow. If you look at the speaker line-up, there are a lot of Microsoft Mobile top brass speaking – one can only imagine that this alliance is going to be far closer than before and in my opinion it is needed by both to help them get market share in the smartphone space.

Other aspects that I found exciting are the progression of the CRM systems linking into systems like Lync to deliver all of your caller’s details before the staff member even answers the call.

The focus is the Cloud, with Microsoft pushing their retail partners to move off the desktop support type model and to gear up and start delivering Cloud based services. This means that in the past a businesses could buy desktop applications and the next day, get a new dealer in to support their systems or sell them more licenses. With the Cloud based dealers, your buy-in with the dealer is going to be a long term relationship – choose these partners wisely, far more wisely than before.

Vendors currently supplying add-on applications are going to have to adapt their systems to integrate into the Office 365 type offerings, as I mentioned earlier, the end users are starting to demand what they want to use as their devices and the next step is their productivity suites. If the pricing and model suits them, the users are going to demand that you offer a solution.