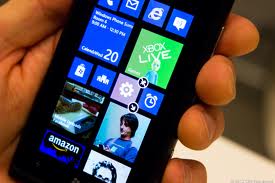 Less than a week after unveiling its new Windows 8 operating system, Microsoft has also launched Windows Phone 8, the latest version of the company’s smartphone operating system, calling it “a truly personal phone experience”.

Latest smartphones from Nokia, Samsung and HTC go on sale in November
As part of the announcement, Microsoft revealed new features, along with the range of new smartphones from Nokia, Samsung and HTC, each with their own differentiated designs, colours and features. Windows Phone 8 devices will go on sale in November in South Africa.
Microsoft South Africa’s Anthony Doherty says live tiles, which allow users to customize the start screen and update automatically, are the heart and soul of Windows Phone.
“With a similar look and feel, the same technology core, and the same built-in SkyDrive cloud service, Windows Phone 8 is built to work seamlessly with Windows 8 PCs, tablets and the Xbox 360 console,” said Doherty.
“For example, now you can edit a document on the go with Windows Phone 8 and pick right up again on your PC when you get home.”
Windows Phone 8 offers a range of new features to make users’ smartphone experience even more personal, including:
Nokia, Samsung and HTC have announced an array of phones for Windows Phone 8, featuring large, vivid screens, new camera innovations, NFC capabilities, and bold colors. Each phone offers unique features and comes in a variety of price points.
Contributed by:

Ransomware group claims hack on Office of the Chief Justice