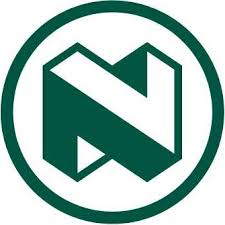 Technological innovations are occurring at a rapid pace throughout all industries but the banking and financial services sector specifically has witnessed major change in recent years.

Just 20 years ago, Nedbank made the pioneering decision to choose Microsoft as its main distributed IT infrastructure – this sounds like the obvious choice now; but then most institutions ran on an IBM platform. This was such a bold move that Bill Gates personally travelled to South Africa to seal the deal with Nedbank.

According to Fred Swanepoel, CIO at Nedbank, this was one of a number of major first-to-markets for Nedbank in terms of technological innovation. “Internet banking is so common nowadays people don’t think twice about making payments from their cell phones but this has been through many iterations to get where we are now.”

Nedbank was one of the first major financial institutions globally to implement a form of banking on a cellphone, known as WAP banking. It was the real precursor to the app that we now have on our cell phones. Other innovations also included being the first to introduce pre-paid options through electronic channels rather than physical vouchers – something that has now become a standard offering.”

“There have been a series of innovations. As a bank, we recently celebrated 50 years of banking technology and this provided us with an opportunity to revisit the journey travelled,” says Swanepoel.

Nedbank was the first to introduce computerised banking services on 31 May 1964, when the Fox Street branch became the first to go live on a NCR computer. Many innovations followed, including Nedbank being the first bank to introduce credit interest on the current accounts in 1983. Four years later, the introduction of NedInform enabled Corporate clients to do what was then called Office Banking – soon followed by the NedExec launch, a market leader that enabled Business Banking clients to do the same.

With the mobile phones revolution in the late nineties, Nedtel Cellular was introduced in 1997 under the management of Nedbank Information Technology, further endorsing Nedbank’s position as a leader in the electronic world.

Through the 2000s, Nedbank worked towards integration and convergence long before they became buzzwords in the industry, making strategic investments in the technology space including Net 1 and DiData, as well as the mobile cellular arena. A further highlight was the introduction of certificate-based security to the Nedbank Banking Platform in 2004, a pioneering move in an era when information security and protection against fraud was critical.

“Innovation is part of Nedbank’s DNA and the bank has throughout its history identified key enablers for convergence between banking and technology,” adds Swanepoel.

The bursting of the technology bubble led Nedbank to refocus, consolidating technology investments to reposition on more internally focused efforts to rebuild its core business. With the turnaround completed, Nedbank is once again focused on continuing to deliver innovations that reshape where the banking industry is heading.

“This was evidenced most recently when Nedbank received the ‘Innovation in Banking’ award at the 2014 African Banker Awards. In 2013, MTN also recognised the bank for its Nedbank App Suite, which won the Best Android Consumer App of the year.

“For Nedbank, while we are immensely proud of our technological heritage, technology evolves at such a rapid pace that it is critical that our banking technology continues to help deliver innovative, client centric solutions that can be personalised and provide convenient, safe banking,” he says.

“Nedbank is fast tracking the movement of banking technology into the future through the launch of the Group’s innovative ‘Branch of the Future’. This new branch format is designed to facilitate sales and service through the client’s channel of choice. It’s all about significantly improving the customer experience, with exciting features like automated queueing, multi-functional service points, video banking with subject matter experts and access to technologies such as iPads, touch screens, smart tables and video walls,” explains Swanepoel.

Commenting on developments in banking, Swanepoel notes that South African banks are recognised internationally for implementing best practices. He believes it is critical to ensure that the local banking industry remains on top of the rapid changes in technology trends.
Swanepoel elaborates, “We have significant research and development teams dedicated towards creating consistent innovative solutions for our clients. These solutions are focused on delivering safe, secure and convenient solutions that make a real difference to all our clients banking experience. Nedbank is without doubt ahead in shaping the evolution of banking in Sub-Saharan Africa.”

“Our most innovative years in banking technology still lie ahead. We will remain focused on enabling Nedbank to leverage world-class technology to be Africa’s most admired bank,” concluded Swanepoel.

RAF’s R300bn debt and other issues