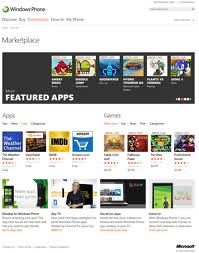 Nokia and Vodacom today announced that, through their ongoing collaboration, consumers across South Africa are now able to purchase content from Windows Store with billing directly to their mobile phone account.
Essentially, Vodacom subscribers using Nokia Lumia and other Windows Phone based smartphones, will now have the choice to pay for any applications via their Vodacom account. The costs will be automatically accrued as part of their monthly bill for contract customers or deducted from their pre-paid airtime credit.

“Nokia continually strives to bring rich experiences to Nokia Lumia smartphone users,” said Gerard Brandjes, vice president sales for Nokia South East Africa. “Access to apps and content is an important part of the overall experience, but paid for content on Windows Store has previously been limited to South Africans with credit or debit card facilities. Operator billing with Vodacom now extends the access to paid apps and games to a far broader audience, and will be a key benefit for those looking to purchase the new lower priced Nokia Lumia 520 or 720.”

Vodacom’s operator billing will work across all Microsoft Windows smartphones in South Africa, both those running Windows Phone 7.5/7.8 and the new generation running Windows Phone 8. The Store is growing daily with more than 135,000 apps now available globally, including several popular local apps such as DSTV Drifter, News 24, Sasol e-birds and Supersport.

“This is a great initiative and we’re pleased to be working with Nokia. Operator billing makes it easier and more convenient to buy apps. Importantly, this approach doesn’t require a credit card making the apps more accessible to more people,” says Portia Maurice, Managing Executive of Vodacom Digital Services.