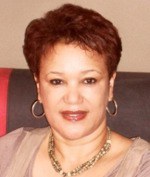 Merise Thomas has been appointed LAW’s new Relationship Manager for parts of the Johannesburg and Limpopo regions.

Merise worked in the banking industry for more than twenty years and gained valuable knowledge and insight into the housing and homeloan markets.

In the last seven years she has worked in the Attorney firm space, specifically the conveyancing departments expanding her knowledge of the housing industry to include other stakeholders in the Property value chain.

She will now be managing areas in Johannesburg – specifically parts of the East Rand including Brakpan; Germiston; Nigel, Springs as well as Johannesburg North including Dunkeld; Illovo; Rosebank; Saxonwold and Parkmore. Merise is also going to take care of the Limpopo province in its entirety.

She officially joined LAW on the 18th January and is looking forward to meeting and building happy and productive relationships with all her clients.

If you are based in any of these areas and would like to get in touch with Merise please use the contact details below: