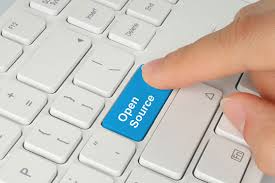 Open source software (OSS) has come a long way since the 1990s and early 2000s, when it was considered a risky investment for enterprises.

Stunning rise
A recent Goldman Sachs study catalogues a stunning rise to prominence of the open approach to software engineering. In today’s operating system market, for example, Android leads with 42% share of market, and Apple is second with 24%. (Android is OSS, and Apple’s OS X has an integrated version of FreeBSD, an OSS operating system.)

The OSS trend is evident at the infrastructure and solution layers too. According to an article by Fortune, more than 90% of Fortune 500 companies rely in some way on the Linux operating system – the most famous flag bearer for OSS.

OSS has also infiltrated the newest bastion of computing, namely cloud computing, with 76% of cloud-based organisations using Linux servers according to the Linux Foundation.

Curious ignorance and antipathy
But this changing of the guard has been lost on some. A recent request for proposals (RFP) in the local telecoms industry declined a solution that contained an OSS component as being “too risky”.

While not very widespread, this view is not an isolated occurrence, and it suggests that anti-OSS attitudes, so manifest at the turn of the century, have lingered in certain circles.

For one reason or another, there is ignorance of and even antipathy towards a spectacular success story. How can that be?

Quiet riot
The truth is that OSS has become “quietly pervasive”, in Fortune’s words. “Linux came to be supported by most enterprise vendors in the late 90s, including IBM, HP and Dell,” the magazine notes.

“Since then, most telecom switching equipment migrated to Linux in the mid-2000s. Between 2007 and 2010, most major stock exchanges did too. Most new TVs, stereos, Internet routers, Kindles and Cadillacs are powered by Linux.”

The only explanation for the lack of awareness of this quiet riot – of which every IT department in the world must surely be cognisant – is that OSS long ago ceased to be the headline topic it was at the millennium.

Cessation in hostilities
And that may have less to do with a new-found quiet confidence among OSS vendors than with the silence of “proprietary” software vendor Microsoft on the topic, after it led a fierce public relations battle against OSS in the early 2000s.

And why did it stop? The simple truth is that Microsoft has become one of the top 20 corporate contributors to Linux, according to the Linux Foundation. Its objective with this is to ensure that its products work well with Linux – which is perhaps the ultimate endorsement of just how ubiquitous Linux and OSS have become.

Up ahead
With the race effectively won, does that change your perspective on OSS?

If not, consider where we would be if OSS was suddenly recalled like a wayward president or defective mobile battery. There would be no Samsung Smart TVs, no Polycom conferencing units, no IP phones, no routers (or Internet), no hosting companies, no smartphones, and no Microsoft (and a very different Microsoft (portions of Hotmail is still based on FreeBSD).

Adopting OSS is not risky. In fact, not adopting it is a much bigger risk, as 90% of the F500 knows only too well.

Connection Telecom was founded in 2004 as a pioneering, independent provider of proven carrier-grade IP PBX solutions to Southern African businesses. The company’s team boasts more than 80 years in collective telecommunication experience. Connection Telecom offers solutions and services based on the Telviva family of enterprise PBXs and other products aimed at enterprise customers, smaller businesses and vertical industry applications. Feature-rich, managed and open (extensible), these solutions allow freedom of choice in handsets and add-ons, a low total cost of ownership and call cost savings of up to 40%. The company has offices in Cape Town and Johannesburg with on-site support in 28 locations. Its major clients include Engen Petroleum, FNB, Lewis, RMB Asset Management, UCS, Old Mutual Finance and Vox Telecom.