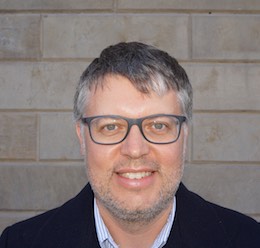 Johannesburg attorney, Emile Myburgh’s article on ‘Holding delinquent directors personally liable’ has won him the 2017 LexisNexis Prize for Legal Practitioners for the best article by a practising attorney published in De Rebus.

His winning article, which was published in the leading law journal in July 2017, discusses how a creditor can hold a director personally liable for unpaid debts owed to them by a company. This is in view of the small but growing body of jurisprudence dealing with directors’ liability under the new Companies Act 71 of 2008. As this was his first ever article submitted to De Rebus Myburgh expressed his excitement at winning this coveted award:” I needed to hold the directors of a company that owed a client of mine money personally liable for the company’s debt. I looked at De Rebus’s website to see if there were any articles on the topic and couldn’t find any. I decided to do the research and write an article on the topic myself. When the Supreme Court of Appeal (SCA) in the Gihwala decision, independently from me, came to the same conclusion as I did in my article, it gave me a lot of increased confidence in my own legal capabilities.”

The Gihwala case saw the SCA uphold the decision by the Western Cape Division of the High Court to declare Fidentia curator Dines Gihwala a “delinquent director”. He was ordered to pay back about R6 million to a shareholder of another company he cheated out of money.

Myburgh operates an independent law firm, Emile Myburgh Attorneys, the only local law firm dedicated to serving Brazilians in South Africa. He was the first South African attorney to work as a lawyer in a Brazilian law firm in São Paolo and is a member of the Brazilian Law Society. Myburgh is a sworn translator between Portuguese and English/Afrikaans, with the added ability of being able to correctly translate legal documents. His clients range from Brazil’s biggest multinationals, to individuals needing legal assistance in South Africa and South African clients conducting business and litigating in Angola and Mozambique.

His prize from LexisNexis includes a Lenovo Tablet and one year’s free access to one practice area of LexisNexis Practical Guidance. This online tool will provide Myburgh with real-world legal content, structured around key topics within his chosen practice area. “I have selected the Civil Procedure practice area,” says Myburgh. “The tablet will be a great aid, but the subscription will be invaluable to me – especially as a sole practitioner.”

Articles by interested attorneys, not exceeding 2000 words in length, can be submitted to De Rebus as entry to the 2018 competition. These need to comply with the publication’s guidelines and must be published within the period 1 January and 31 December 2018. The winner will be announced by De Rebus in early to mid-2019.