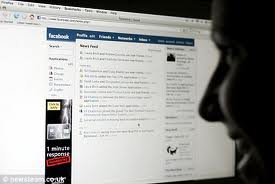 South African employees can take comfort in protection offered by our labour legislation should their employers ask them for their social media user names and profiles as has been happening in the United States.

According to Johan Botes, director in the Employment practice at Cliffe Dekker Hofmeyr business law firm, “Employers in South Africa  may not unfairly discriminate against employees or applicants for employment on a number of grounds listed in Section 6 of the Employment Equity Act 55 of 1998 ( EEA). These grounds include race, gender, pregnancy, sexual orientation, HIV status, political opinion, conscience, language, religion and similar grounds. Accessing the social network account of an employee or applicant for employment may result in the employer gaining insights into information of an employee concerning one of these listed grounds.

“South Africa’s  Commission for Conciliation, Mediation and Arbitration (CCMA) has accepted in certain cases that employees may be dismissed when they post derogatory remarks about their employer, managers, colleagues or clients on Facebook, Twitter or other social networks or blogs, as these comments may harm the on-going employment relationship. However, demanding that an applicant for employment or an existing employee divulge personal, private usernames and passwords may be a bridge too far for a Commissioner considering the dismissal of an employee who refused to divulge such information,” he says.

Botes says that a South African job applicant’s strong political beliefs or sexual orientation may not have been known to the employer but for the employer accessing her Facebook page. Whatever the eventual reason for them not hiring the applicant, the tempting inference will almost certainly be that the reason for not selecting her was her sexual orientation or political views evidenced on Facebook.

“It is for this very reason that employers refrain from enquiring from job applicants whether, for example, they are HIV positive, as knowledge of this fact may be argued to have influenced the decision against employing the candidate – even where it did not. By the same token, employers now know not to ask a female candidate whether she intends starting a family soon as they may not discriminate against her based on a prohibited reason like family responsibility. The lesson that employers have learnt is not to ask the questions if the answers can’t be used in selecting a candidate,” he says.

Botes says it is therefore not a good business practice in South Africa to demand that job applicants disclose their social network usernames and passwords as it can inter alia lead to the inference that the employer used some discriminatory grounds in not selecting the applicant for employment.

“An applicant for employment (or existing employee) who refuses to hand over such information and is subsequently refused employment may also claim that she suffered discrimination on a ground that is analogous to the prohibited grounds listed in Section 6 of the EEA. They may also seek to rely Labour Relations Act , which  protects job applicants and employees from prejudice suffered following their claim refusal or failure to comply with an unlawful demand or instruction by the employer. Here they would claim that the instruction to divulge private information that does not have a bearing on the employment relationship is not a lawful instruction. “

Kimberley Hester recently made headlines in the United States. She was suspended from her employment as a teacher’s aide in Michigan, USA, for refusing to hand her Facebook username and password to her employer. The incident has caused outrage amongst Facebook users and civil liberty groups who feel that it is an unwarranted invasion of the employee’s right to privacy.

Botes explains that this latest incident follows on reports of employers asking job applicants to log into their accounts and allow the interviewer to view the applicant’s wall posts and friends. This practice by the Maryland Department of Corrections has led two US Senators to call for an investigation. Also in the USA, reports surfaced about employers or colleagues that force employees or students to “friend” a compliance officer or coach on their social network sites. These “force-friends” are then tasked with regularly monitoring the posts, tweets and blogs of the candidate

“In very select cases in South Africa there may be an operational need to demand  a job applicant to make full disclosure of all information about him that is in the public domain. For example,  a spokesperson for pharmaceutical company that manufactures anti-retroviral medication may find it difficult to fulfil his functions if he has made derogatory comments about the product or people living with HIV. In such a case, the employer may legitimately demand that he makes full disclosure of any relevant comments made in the past that could have a bearing on his appointment in that role,” he explains.

“Employers are advised to tread carefully where they seek confidential social network information from employees or job applicants. There can be no doubt that many employers use the information readily available on the internet to do a surface background check on prospective employees (and to investigate current employees). However, in the absence of reasonable suspicion that the applicant or employee has posted comments that may have a bearing on the employment relationship, there is no basis for an employer to demand full access to the private information posted by the person on social media sites,” he explains.

Botes explains that Employers should rather consider building into their recruitment and employment practices a written disclosure by the candidate/ employee that she has and will disclose any comments or information available on these sites that could have a realistic bearing on the decision to appoint her or her continued employment. Where such written undertaking is given and the candidate/employee then fails, refuses or neglects to disclose such information, the employer may rely on this to take appropriate action against the employee.

He adds, “Employees or job-seekers are advised to ensure that their social network profiles and pages are cleaned-up regularly. Selecting which pictures, posts or on-line friends to preserve can determine the impression left in the mind of the employer.”

Ransomware group claims hack on Office of the Chief Justice