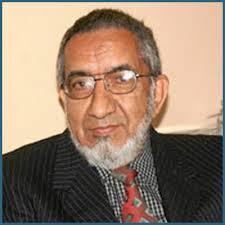 The Council of the Cape Law Society joins countless South Africans in mourning the sudden passing away of respected Judge Essa Moosa on 26 February 2017. We express our sincere condolences to his family.

Judge Moosa was a respected member of the Attorneys’ profession for more than 40 years and brought his lived experiences growing up in District Six under apartheid to bear in his unwavering championing of the principles of equality, freedom and justice. Throughout his life he was a prolific activist in the struggle against racial oppression and exploitation.

Judge Moosa was a founding member of the National Association of Democratic Lawyers (NADEL), and became well-known throughout the country as a human rights lawyer who understood that his legal qualifications and admission as an attorney was a tool to assist the poor and marginalized to achieve justice and equality, and not a highway to wealth and privilege. He was always willing to assist the poor at great personal cost to himself and his family, often providing pro bono legal services to those who could not afford it, which he did long before it became fashionable and incumbent for lawyers to provide pro bono legal services. Anti-apartheid activists who faced detention without trial and who were charged by the apartheid regime, knew that they could count on the late Judge Moosa to appear on their behalf in courts throughout South Africa. He did so at a time when it was not only a potentially life threatening sacrifice but also when there was no guarantee of payment.

During the period marking the advent of democracy in 1994, he played a pivotal role in developing the constitutional framework of the Republic of South Africa. He made a profound contribution as a judge after he was elevated to the bench in 1998. More recently, after his retirement in 2011, he continued his service and returned to his activist roots as the Chairperson of the Kurdish Human Rights and Advocacy Group (KHRAG), working tirelessly to highlight the plight of the Kurdish people and their struggle for self-determination.

Even on the eve of his death, Judge Moosa was still evaluating whether he had done enough for the human rights struggles of ordinary people.

The Cape Law Society joins the millions of ordinary South Africans in remembering Judge Moosa as a humble person who was not too big to see life through the lenses of the struggling ordinary people. He departs at a time when the legal profession is at crossroads and efforts are underway to develop a united legal profession that will be able to offer affordable legal services to ordinary people.

We call on all freedom loving South Africans to celebrate Judge Moosa’s immense contribution to our constitutional democracy. We must find an appropriate way to honor the life of Judge Moosa by living as he did.