Sabinet, a sponsor of the Library and Information Association of South Africa’s (LIASA) 2016 conference, proudly sponsored the prize for the first runner-up in the 2016 awards. Mercia Sias of the Western Cape branch was this year’s deserving recipient.

Announced at the gala dinner at the LIASA conference on 13 October, this accolade recognises the achievements and accomplishments of outstanding librarians across all disciplines.

“We are delighted to be able to show our support for the Library and Information Association of South Africa and there is no better way than by recognising excellence in an under-acknowledged profession,” says Rosalind Hattingh, Managing Director of Sabinet. “As the senior librarian at Groenheuwel Library, Mercia has shown dedication and commitment to the broader community through the numerous projects and initiatives she has spearheaded”.

Mercia’s focus has been on extending library services into communities in the Drakenstein Municipality that are in need of libraries through the establishment of new libraries and satellite libraries as well as libraries in schools. 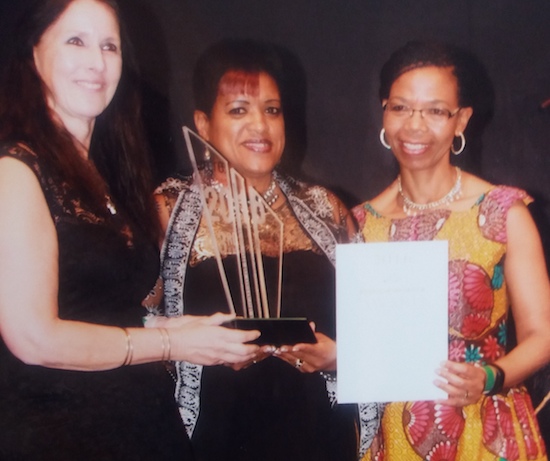 Although libraries may have evolved over the years, adopting technology in addition to its traditional focus area, libraries have been described as community builders, community centres for diverse populations, centres for the arts, universities, and champions of youth.

In playing such a broad, and clearly vital, role, libraries undoubtedly form the cornerstone of any community. Their impact on the future leaders of the knowledge economy and society as a whole should not be underestimated. Sabinet, whose core focus is on access to information, understands the value of effective librarianship.

If you consider that the world’s information doubles every 18 months or that 2.3 million Google searches are performed every second it’s clear to see that while getting access to information may be important, getting a librarian to help you effectively navigate the masses of information available is essential.

About Sabinet
With a sound performance history of over 30 years, Sabinet has firmly established itself as a leader in facilitating access to a wide spectrum of high-quality and credible information sources. Over the course of the last three decades, Sabinet has built a strong local and international reputation for providing Africa’s information to the world and the world’s information to Africa. Sabinet’s mission to support libraries’ technical processes, promote resource sharing and enable access to information sources is underpinned by its commitment, partnerships, understanding and support. Sabinet’s roots are in library support services, where it is recognised for providing central platforms for collaboration and resource sharing among libraries.