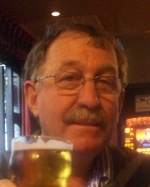 We caught up with Andrew Spagnoletti, the “father” of the GhostPractice practice management system and asked him to give us an overview of his career in legal software development and also update us on his current project.

Here is the overview sent through by Andrew…

“After studying computer science in the early 70’s I worked as an analyst/programmer for 2 years, then as an IT manager for a further two years before going ‘freelance’. I completed some interesting projects (won the tender for the Electrification of Soweto computer system development) before developing AJS Legal Accounting and Practice Management in 1980.

Twenty years later I sold AJS to Global Technologies Limited, remaining with Glotec for 4 years as CEO of AJS. At the time of the sale the AJS client-base had grown to around 450 legal practices. The first major sale of AJS as part of Glotec was to Santam; over 160 users, nationally and Namibia, for their complex claims processing. During my last year at Glotec I developed a Business Process Management system and spent time with a team of top labour lawyers, with a view to encapsulating their expertise to enable us to deliver an automated and functional labour law management system to organisations. The project was never completed and I left Glotec in early 2004 but I am again talking to the leading labour lawyers from this same team.

After leaving Glotec in 2004 I formed companies with strategic partners but was approached by Korbitec in the middle of 2004 with a view to developing a comprehensive legal accounting and practice management system. I joined Korbitec in late 2004 and within 2 years GhostPractice was born.
I stayed with Korbitec until my retirement (60) in August 2010. During my last 4 years with Korbitec I first learnt a completely new programming language and operating environment and then developed Legalite, a comprehensive system aimed at very small attorney practices.

Based on the experience I gained from working with the labour lawyers and especially the development of the system for small legal practices, I developed iMC, teaming with Nitric Industries, a software development company operated successfully for the past 10 years by my son and his partner.

In 2003 we focused on encapsulating the labour lawyer’s expertise in a software package with a view to delivering this expertise more efficiently and effectively to large corporations. The new development on the other hand focuses on providing a means to record and monitor incidents, using the organisation’s own (or a consultants) expertise, rather than providing this expertise.

Although we only plan to launch the product early next year we have created the web site which will be released soon. The system has been seen by a number of labour law and HR experts – with the reaction that it provides an extremely useful and necessary (and currently practically lacking in many organisations) role in Human Resources, for labour lawyers, HR consultants and their clients.

We hope to have the iMC product ready for market in the first quarter of 2011.

During my 30 plus years being intimately involved with the operation of legal practices in South Africa, the single biggest issue I have noted is that generally attorneys do not pay sufficient attention to ‘delivery of service’. This has become increasingly important.

Over the years I attended a number of annual IT Legal conferences held in Islington, London (the biggest Legal IT conference in Europe). Apart from all the suppliers on display, there were also a number of lectures that I attended. The one that summed the above up for me included an extract from the report produced by Sir David Clementi, a report I understand commissioned by the UK government in 2004.

Certain lawyers see a conflict between lawyers as professionals and lawyers as business people.

Access to justice requires not only sound legal advice but also the presence of the business skills necessary to provide a cost-effective service in a consumer-friendly way.

A survey of those dissatisfied with legal services identified:

The biggest cause of dissatisfaction was delay.
Research shows that complaints arise as much from poor business service as from poor legal advice.
If certain lawyers continue to reject the notion that they are in business, such complaints will continue until they are indeed out of business.

Although some practices through the use of systems like GhostPractice and AJS have upped their game, many have not.”

Thank you, Andrew. We wish you all the very best with the new venture and hope that you will keep us posted on the progress of the new system.