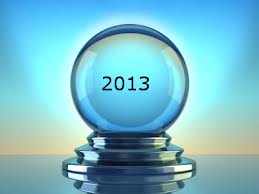 2012 saw interesting technological advances. Vodacom and MTN have both announced the rollout of 4G as South Africa heads towards full LTE mobile networks, fibre optics are becoming more accessible and consumers have rushed to buy the iPad 3 and iPhone 5.
We’ve asked 5 experts to weigh in on which developments will be making waves in 2013:
1. Mobile internet will be on the uptake
“I expect that the advent of 4G networks will have a positive impact on the market. The cost of bandwidth and smart devices will decrease, which means that rich technology will become more prolific. On the negative side, the IT skill issue remains a problem, particularly best of breed. We need to start developing skills from the ground up to ensure that the technology sector remains lucrative in the future.” – Nick Cadenhead, IT solutions consultant AIGS
2. Businesses will become greener
“The implementation of carbon taxation in 2013/2014 means that IT departments will be subject to scrutiny in terms of energy efficiency and carbon footprinting. Not only will this drive innovation for low-energy hardware development, but also in terms of usage. Inefficient PC power management can be a significant source of electricity waste. In 2013, we should be seeing greater demands on the reduction of “drowsy servers” and wasted power through wake-on-lan technology.  The good news is that this will greatly reduce costs (along with carbon emissions), particularly for industries with an extensive IT infrastructure.” Tim James, MD of sustainableIT and The Carbon Report
3. Cloud computing will become more prevalent
“Cloud computing will continue to prove disruptive to businesses, but the providers that will weather the storm of rapid cloud tech adoption are the ones who are willing to provide support throughout the project life cycle. Rather than selling a solution-in-a-box, but they will guarantee service at a fixed monthly hosting cost to minimise upfront investment. We expect to see several companies move to a cloud-based model in order to take advantage of the cost benefits and scalability.” – Bruce von Maltitz, MD of 1Stream
4. VoIP will become more important
“While fixed line penetration is waning, ADSL is growing in absolute numbers and as a percentage of fixed line installations. By and large, the gap will be filled by mobile and wireless solutions, but also by networked voice (VoIP) offerings from a plethora of alternative telcos. VoIP is making increasing inroads, worldwide as well as in South Africa. The technology is strong in greenfields implementations (new companies or branches) and as replacements of end-of-life analogue systems.” – Rob Lith, Director of Connection Telecom
5. M-commerce and location-aware will increase
“For over a decade, mobile retail has been viewed as a niche market, with profitable but somewhat insignificant products such as ringtones/wallpapers. This is slowly changing, as more shoppers prefer to use mobile smart devices to conduct business with. If the cost of mobile data goes down, the popularity of m-commerce will increase.  Companies should start integrating their existing websites and tools with the new technology and devise a holistic digital strategy. Ultimately, of course, the real benefits lie in the opportunities presented by the bevy of apps that are being created. Shoppers browsing a retail store are free to either buy online on the same store’s website, or do comparative browsing online and shop elsewhere. In this scenario, mobile loyalty schemes are becoming a must. Coalition loyalty schemes like Shopkick offer rewards (‘kicks’) for merely walking into stores, with ‘kicks’ redeemable on any partner merchandise. Soon we’ll see location-aware services, near-field communications and other innovations dominating the market.” – Wesley Lynch, MD of Realmdigital
Conclusion
It’s seems as though the consumerisation of IT continues to drive innovation as developers scramble to create applications and services that can be accessed on any platform, on any device. But one thing is certain: technology continues to empower businesses to lower their operating costs and improve their service offering.
Contributed by:
www.duomarketing.co.za